East Africa is for the experienced LGBT traveler. It’s a region of the world that has been impacted heavily by evangelical colonialism, poverty, and political strife. Any of those three issues would dramatically impact a traveler’s experience but the three of them combined makes for a particularly advanced travel experience. When you toss into the mix legal issues for gay Tanzania travel you’re really diving headfirst into the advanced travel territory.

Every time I discuss traveling to anti-LGBT countries, folks make the argument that we shouldn’t support countries that don’t support our people. The simple, obvious solution is to avoid traveling to these countries. But if you did that, you’d be missing out on Jamaica, Russia, India, Indonesia, and the Maldives just to name a few. And where do you draw the line on this? What about large countries where the policies vary in different regions? Areas like Texas and Kazakhstan don’t officially have bans on LGBT people, but they do have laws that look very similar to the Russian anti-propaganda laws the world erupted over during the Sochi Olympics. 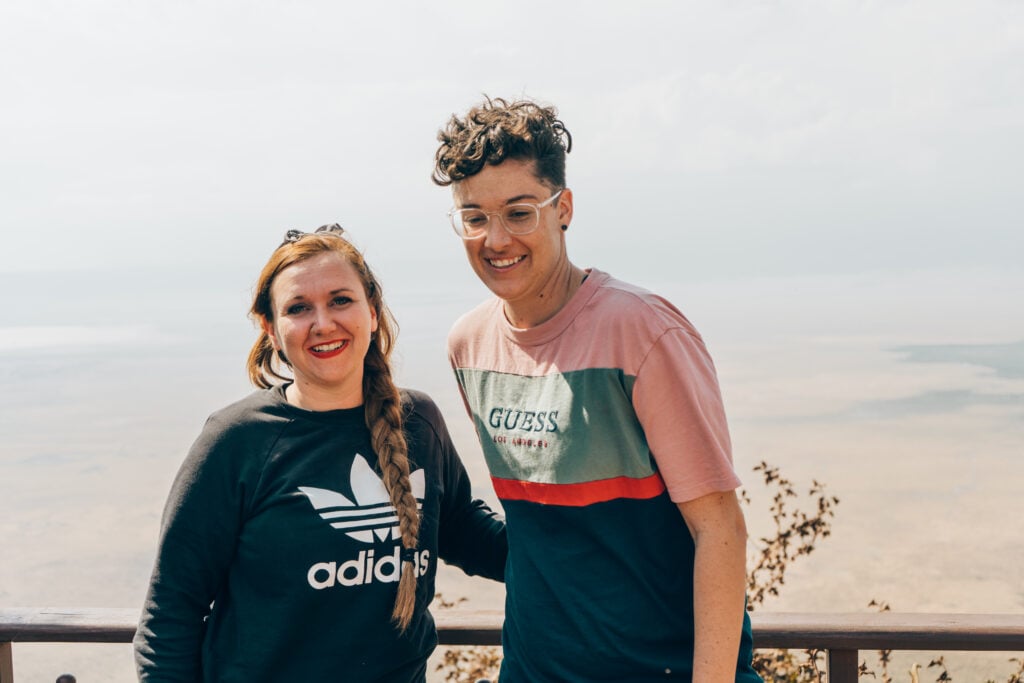 Limiting yourself to countries that have anti-discrimination laws in place and are supportive of LGBT identity can be a safer solution while traveling, but this solution results in LGBT people missing out on almost 43% of the world. And that’s not right, these regions are rich in culture. Everyone should be able to learn from and enjoy them.

We’ve written at length about why we choose to travel to anti-LGBT destinations, but I’ll briefly summarize our feelings by saying this if local people have the first-hand experience with LGBT people they’re more likely to think favorably of our community. In many situations, the government of a particular destination is not always representative of the people. People cannot be expected to accept that which they have no positive experiences. That being said, not every traveler wants to be an activist and you shouldn’t have to be. This guide is a starting point for your research. I’m not trying to persuade anyone to make choices they’re uncomfortable with, but I would like to empower and equip LGBT travelers with the information we need to be able to make the best choices for each of us individually.

Both Kenya and Tanzania are anti-LGBT countries. There’s no other way to put it. It’s illegal to be gay there and there are policies in place that can land people in jail if they were discovered to be a member of the LGBT community. That being said, the vast majority of the arrests that are made are of local people. I don’t say this as an endorsement but rather a statement of fact. Tourists are rarely arrested in these situations because even anti-LGBT countries are familiar with the acceptance of LGBT people in western countries around the world. Unfortunately, both Kenya and Tanzania have a lot of work to do in terms of women’s rights and LGBT equality. Society is still extremely gendered. This table shows the LGBT policies in Kenya and Tanzania the only difference is that being LGBT is punishable by life in prison in Tanzania and 14 years in Kenya. This is accurate as of the Fall of 2019 but will hopefully be changing in the near future.

Do you pass as straight/cis?

It’s shitty that I even have to go here, but passing as straight and cisgender can be a huge privilege when you’re traveling through one of the 70+ countries that have anti-LGBT laws. When you pass, you can fly under the radar and don’t have to worry about being identified as a member of the community. Unfortunately, the majority of our community doesn’t have that option. We can’t just turn off our queer identifiers. Have you ever seen a man in a suit and known immediately that he was gay? How’d you know? Sometimes it’s not about the clothing we’re wearing or the length of our hair but about deeper held mannerism, our voices, height, and other attributes we have no control over. Being self-aware and knowing if you can pass or not will help inform your travel choices.

We decided to travel on an organized group tour with Contiki because they specialize in travel for 18-35-year-olds. We figured that demographic of traveler would be the most accepting and inclusive of us as a couple and we’d be able to blend into a group of other people around our age. The other travelers in our group were very accepting of us as a couple. In fact, ¼ of the travelers identified within the LGBT community. Some of them were very open about it and others disclosed their identity quietly away from the group. It was interesting to see how people felt about disclosing in an area where our identity is criminalized. LGBT issues and our identities were openly discussed without hesitation or fear amongst some of us while others decided to avoid the conversation altogether. 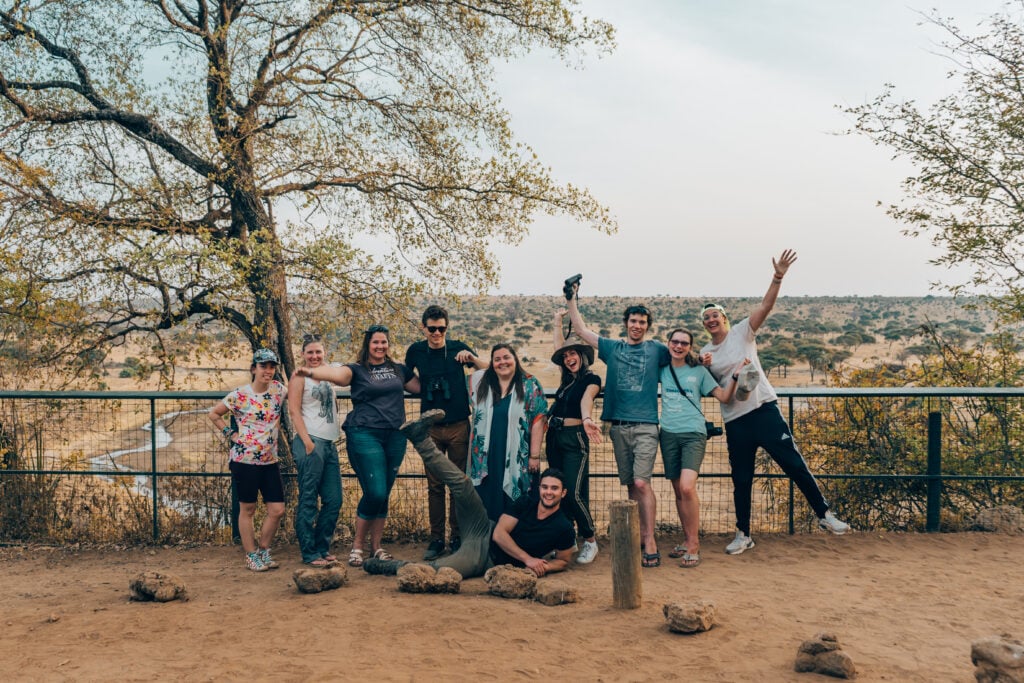 Be Cautious with Bureaucracy

There were a few times where we were nervous and those all involved bureaucracy or extremely gendered spaces. Before we landed in Nairobi, Linds put on eyeliner, mascara, and I asked her to put on lipstick to up her “imma girl factor.” We thought if she was solidly identifiable as a female we’d have fewer issues going through immigration and securing our visas. We’d heard stories of people being turned away at the borders before. Unfortunately, it didn’t quite work in the way we thought it would. We were the last people in line at immigration and the immigration officer asked if Linds was my husband despite the hot pink lipstick. How very progressive🤣We got through immigration just fine. One of the officers laughed at Lindsay while gesturing to her and chatting with another officer. But other than that there was nothing unsafe or unusual about the border crossing. For transgender and gender nonconforming travelers, I would not recommend going to Kenya and Tanzania with a passport that doesn’t match your gender expression.

Right before we left for Kenya, we had read several reports of people having their tech devices were taken and their social media channels went through at immigration. For us, it would be painfully obvious that we’re LGBT and a couple which would have caused some major issues at immigration. While we knew there was a low probability of this happening we took a “better safe than sorry” approach and wiped our phones and laptops before the trip. It was actually a lot easier than expected. We backed them up to the cloud before we left. Did a factory reset and then when we returned we logged back into our ICloud using apple ID and everything returned just as it had been. While this is extra and probably not necessary for most people, it gave Lindsay peace of mind as we were going through immigration. 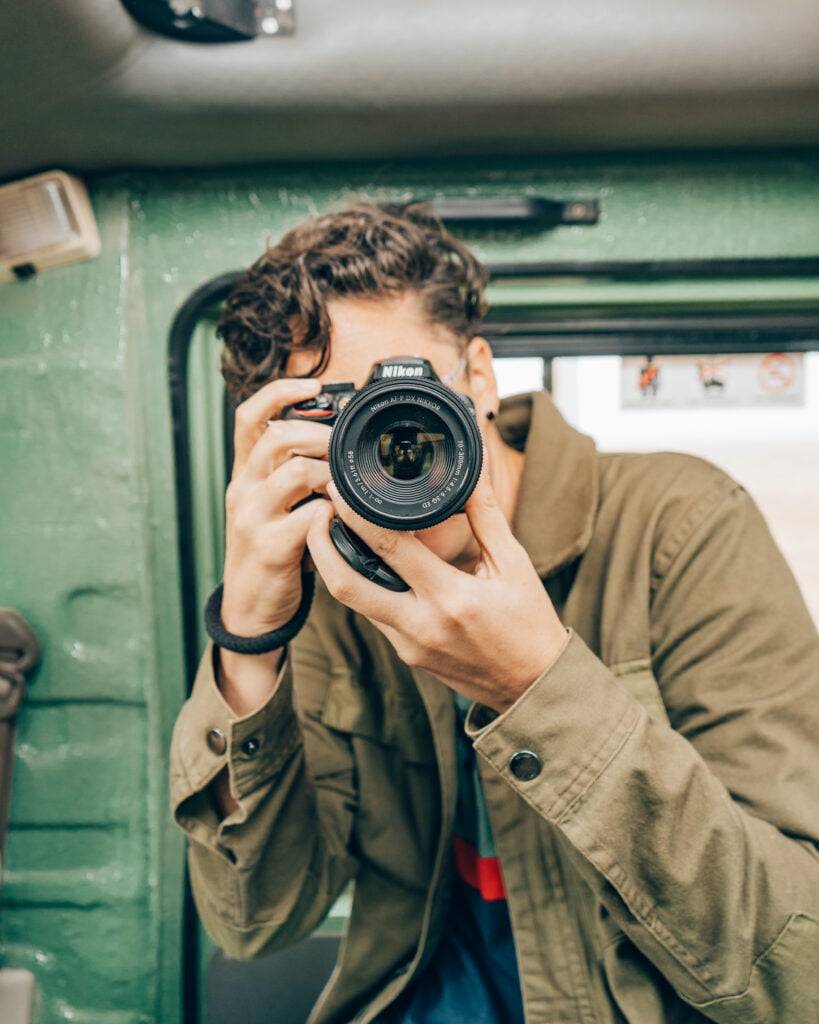 This one seems obvious.

In both Kenya and Tanzania society is extremely gendered. Many daily jobs, chores, and daily routines are assigned by gender. There were several awkward conversations that we experienced that were rooted in the gendered aspects of their society. One time, Lindsay said she wanted to see a lion hunt and one of the guides told her that he wasn’t sure if she could handle it because most women cry when they see a lion take down another animal. Another situation was on a farm tour where the guide said a plant was an aphrodisiac but only for women and gay men because they’re basically like women. We opted to avoid that conversation rather than unpack all the levels of problematic.

Bathrooms, one of the struggles Lindsay usually has wasn’t as much of a problem as we initially thought it would be. All of the accommodations had private bathrooms and a surprising number of bathrooms during game drives had a single-use bathroom available. The only time we ran into an issue was when we visited the Maasai Village and they separated us by gender for our controversial conversations portions of the trip. We had the option to opt-out of the visit to the village, but at the last minute decided not to and I’m really glad we didn’t because it ended up being one of the best parts of the trip. Read more about our trip to Maasai Village. 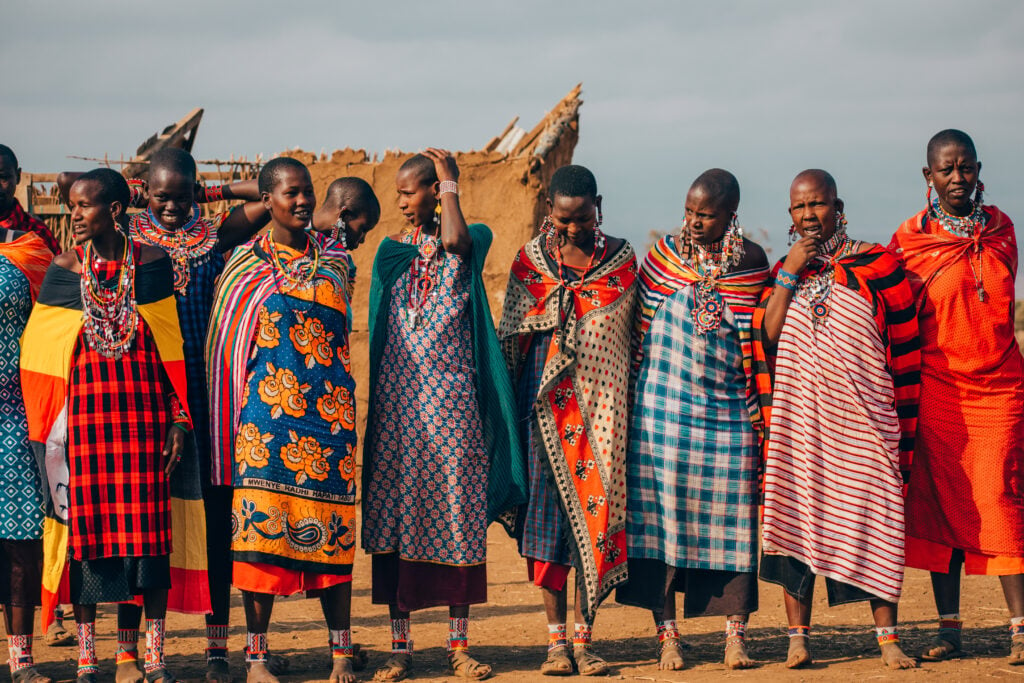 This post was made possible through a collaboration with Contiki. As always, all opinions are my own.