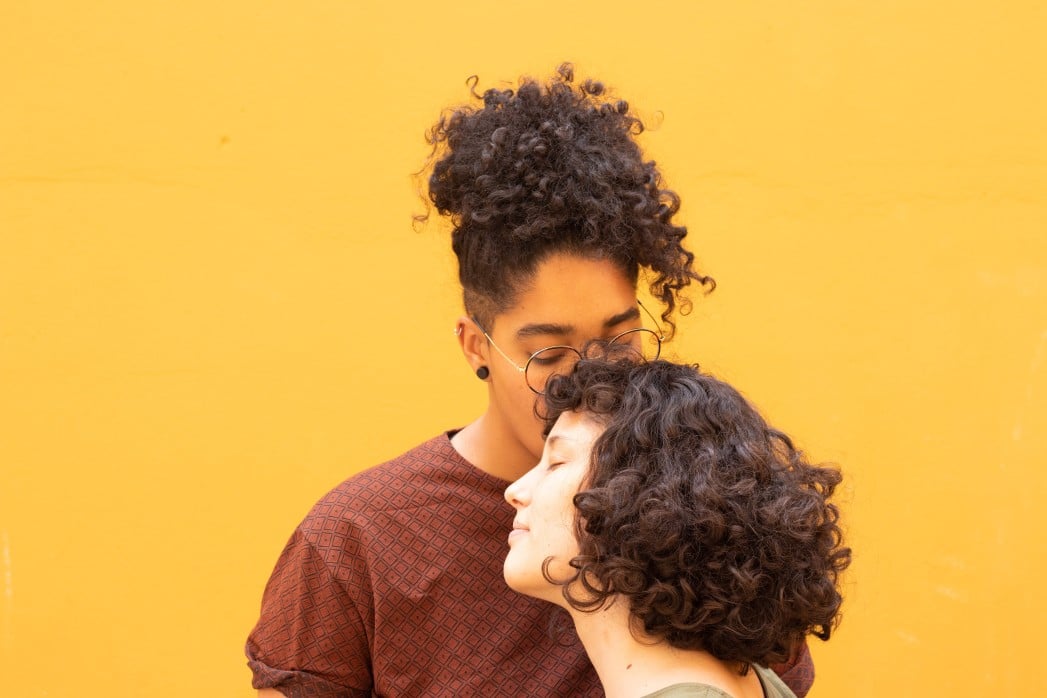 When I received a message from Pablo De Luca asking me if I’d like to speak about LGBT travel at the 13th-anniversary celebration of Argentina’s famed GNetwork360 conference – I immediately jumped at the opportunity. I love it when I get to present at conferences and talk about the LGBT community. It’s no secret that at EveryQueer we provide a variety of services to our clients, but public speaking is one of my favorites.

It wasn’t all work and no fun though – come on – for the first week I was in Buenos Aires. I couldn’t visit the city without squeezing some tours in between conference sessions. 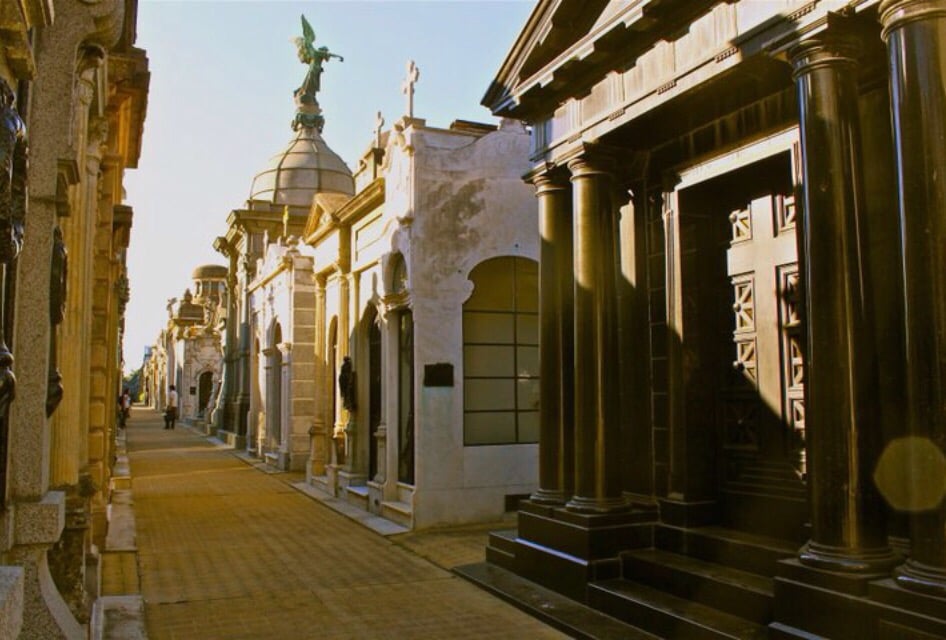 Some are magnificent and beautiful, others are very obviously abandoned. The common areas of the cemetery are kept in great condition for visiting families and tourists. They even have little street signs to help people find their way, bathrooms, and benches like any other public space. The maintenance of the tombs is left to the responsibility of the deceased’s family. This means you see the occasional shabby, forgotten crypt because some family lines have died out.

I couldn’t help it. I was absolutely fascinated by the crypts. Most of them had caskets on display for passersby to view. Some were elaborate and well maintained with photos of the deceased and flowers on display. Many of them had broken glass, were filled with garbage, and were left in complete disarray. A few even had the coffins laid wide open with the remains exposed.

The cemetery is open daily, 8 am to 6 pm. Free tours in English take place at 11 am on Tuesdays and Thursdays. Take the tour. I don’t always recommend tours because -well – sometimes they’re mind-numbingly boring. But this tour is one you can’t miss if you’re into the creepy and morbid. One of the stories you’ll hear on the tour is about Rufina Cambacérès the young woman who was buried alive in her tomb. 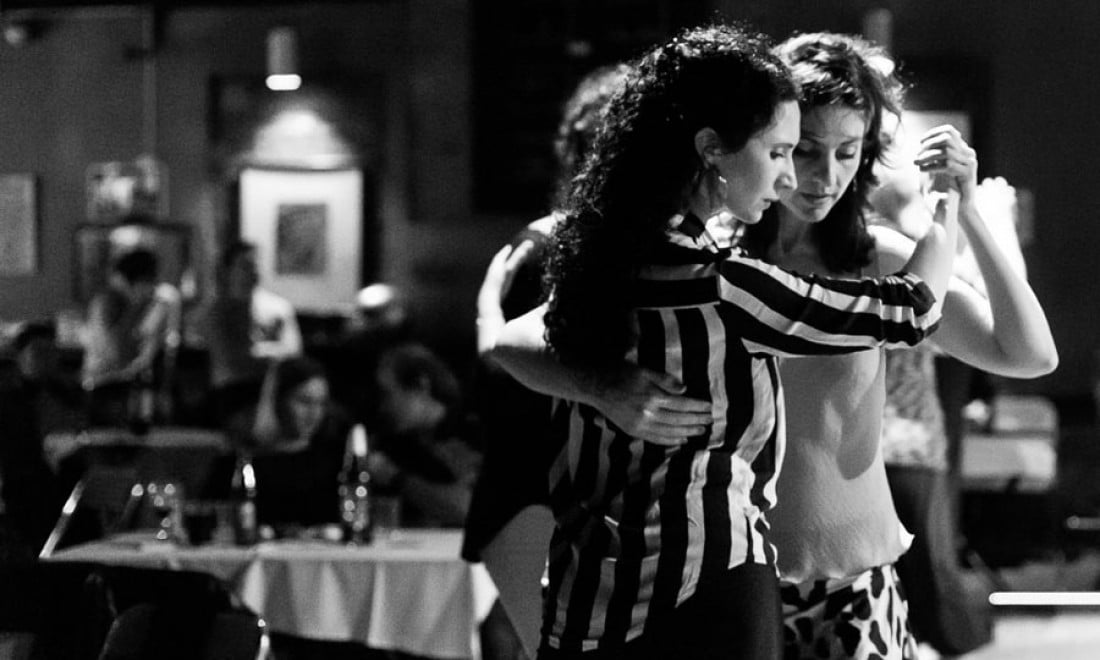 After all this talk of death and crypts, I had to loosen up a bit and break out the Malbec and Tango shoes.

A group of LGBTs from the conference got together to enjoy dinner and a show at Madero Tango. We were seated at tables draped with white cloths, set with wine glasses, and surrounded by what could only be described as “mood lighting”. To our right was a window overlooking the river with views of the city skyline. It definitely had an air of romance to it. As it should – this is the distinctively sexy Tango.

For dinner, we were offered a three-course meal with unlimited white and red wine. I opted for the chicken empanadas for my first course. I was so addicted to empanadas that I ate them for most of my meals. They come in a variety of flavors, they’re delicious and they’re cheap.

What’s not to love? My main course I opted for the traditional Argentinian steak which was served with roasted, buttered, fingerling potatoes. By the time dessert came I was stuffed but still managed to find room for the Frozen San Pedro. It was a frozen lemon mousse covered in champagne with a cafe con Leche on the side. The food and wine were great.

By the time the show started, I was already smiling ear to ear – though I’m not sure if that’s from the company or the red wine. The show took us on a journey from the origins of tango to a modern-day interpretation of the dance. I really enjoyed the show.

Despite being in Spanish I was able to follow along with the story and enjoy the dance moves. While it definitely had a tourist element to it, I was still entertained by the performances. I was a first-time Tango viewer, not a seasoned dance professional so I was able to enjoy the touristy aspects of it with excitement. 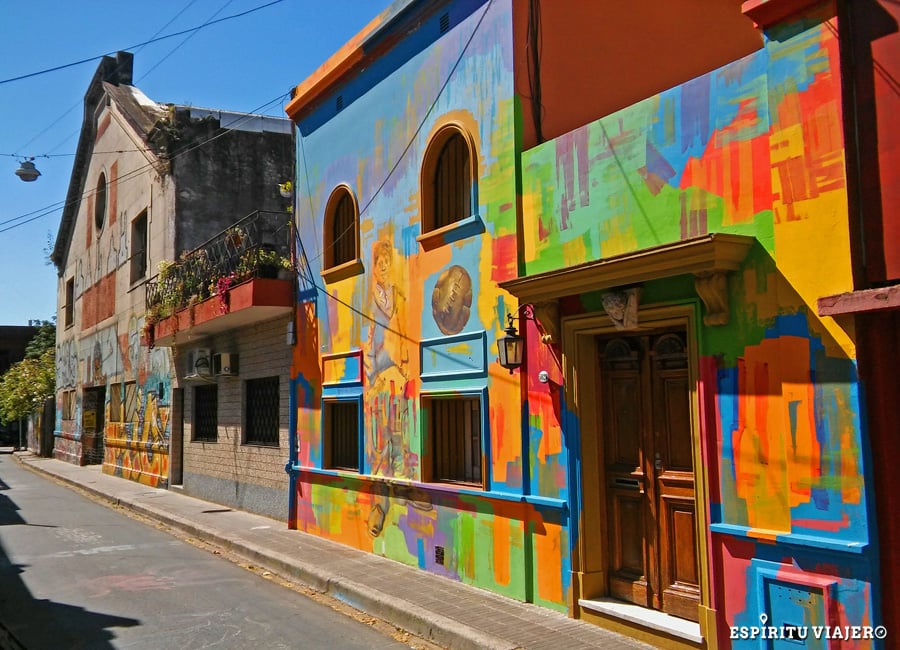 For the first week of my trip, I stayed at Vitrum Hotel in Palermo. I stayed in their Superior Studio Suite which was easily bigger than my apartment back in New York. It had a living room, kitchenette, bathroom, office area, and bedroom with a king-size bed. The hotel was adorable. It had some urban industrial meets artsy vibes with a full bar and restaurant downstairs. Plus a spa. Who doesn’t love a spa?

Palermo is an undeniably hip neighborhood. You’ll find trendy outdoor eateries, Instagram-worthy Italian coffee shops, large-scale murals, and tons of street art. Palermo is also known for its hipster-chic qualities. If you’re vegetarian or vegan in a sea of Argentinian steaks – go to Palermo. While you’re in Palermo take the tour with BA Street Art. For $20 USD you’ll get to see 100 different murals.

Argentina was one of the first countries in the world to pass marriage equality. They were the very first in Latin America. Buenos Aires has been actively courting LGBT travelers since the late 1990s. Events like GNetwork360 are designed to showcase the best Argentine travel for LGBT folks. While I love doing the traditional tourist itinerary, sometimes I just want to be around my people. Gay Buenos Aires comes alive after dark. For some casual mixed LGBTQ nightlife, check out Peuteo or Fiesta Jolie in Palermo.

I’ve been to some incredible lesbian parties around the world but one of the absolute best is in Buenos Aires. Rose Girls is a queer women’s party that occurs at different venues around the city every Thursday and Saturday with large-scale holiday parties. I went to a casual Thursday night party that had a solid crowd of about 100 queer women but their Sunday night “Mega Rose Girls” party was one of the best queer events for women I’ve ever attended that wasn’t a circuit party. Not exaggerating there were more than 1000 queers in attendance. It was high production value and an even better atmosphere. Between the reggaeton DJ sets, the gogo dance troupe, and the infectious energy it was a night I’ll never forget. If you are a queer woman and looking for nightlife definitely plan your trip around one of their events – you won’t be disappointed.

And of course, because this is Argentina, you’ve got to take a Queer Tango class. Maybe you’ll meet your next ex-girlfriend there? If drinking isn’t your thing, Pride Cafe is the perfect daytime hangout. 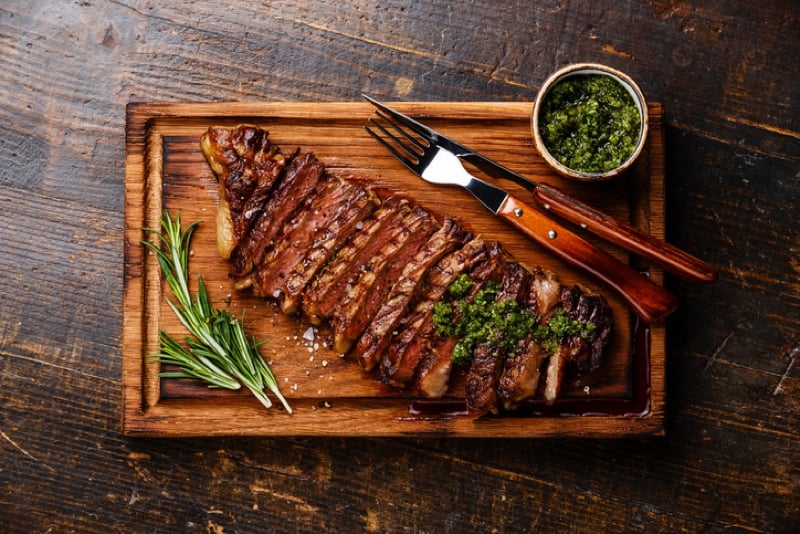 Buenos Aires is known for serving up some of the world’s best steaks. In Buenos Aires, steakhouses are called ‘parrillas’. They serve classic grass-fed, organic beef prepared via smoking or dry aging. Plus, the steaks come in a wide variety of cuts and at a reasonable price point. La Cabrera is one of the trendiest [read: most instagrammable] of the parrillas in Buenos Aires. When you visit, start with an order of empanadas before moving on to the dry-aged steaks.

When you’ve got your fill of Argentinian steak, check out Wine Tasting Buenos Aires is a relaxed and social wine tasting in a beautiful space in Palermo Soho. During the tasting, you’ll sample five Argentine wines from across the country paired with traditional Argentine appetizers. One of the coolest parts of the tour is the way they introduce each wine and explain the regions and history of wine in Argentina. Wines vary slightly between each of the tastings, but at most tastings you’ll start with Torrontés, the only native grape to Argentina grown in the highest elevation vineyards in the world, next a Pinot Noir from Patagonia, followed by two different Malbecs from Mendoza and San Juan, before finally finishing with an incredible red blend from Mendoza. I couldn’t get enough of the Mendoza Malbecs. 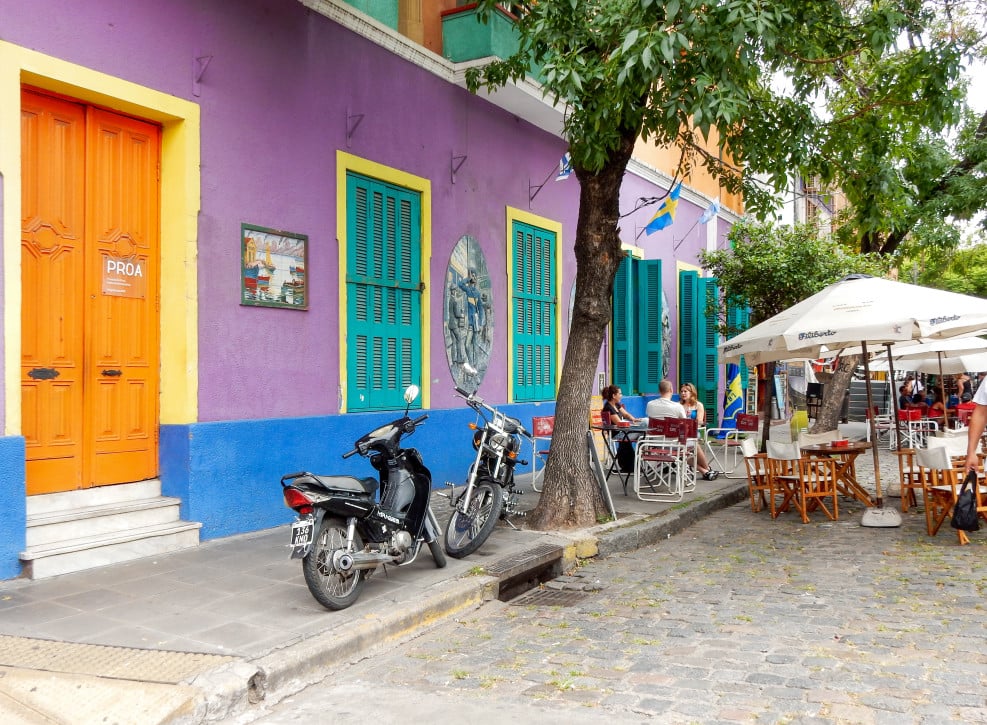 La Boca is a historic neighborhood of immigrants, bohemians, and artists. It’s also known as the birthplace of tango. The houses in La Boca are brightly colored and create one of the most beautiful historic areas in South America. The not-so-free tours from Buenos Aires Free Walking Tours – [they’re actually 200 pesos so the name is a bit misleading] are a great way to spend an afternoon for the history buffs. The tour goes over everything from the city’s roots as a shipping port to the birth of Tango to the rise and fall of the Peróns to the atrocities committed by the military junta that lost power in the early 1980s. If history isn’t your thing, you’ll still love the street art and brightly colored buildings along the way.

Meg Ten Eyck is a queer gal with expensive dreams and a whole lot of hustle. Meg is extremely gay and entirely addicted to travel. Like, we're talking Pride Parade gay - if they made a Meg Barbie her one accessory would be her rainbow flag and a copy of the feminist manifesto - THAT kinda gay. You can find her traveling the world or through her writings and ramblings @MegTenEyck
PrevPreviousLesbian History: 15 Lesbian Historical Landmarks to Pay Respects
Next38 Best Lesbian Movies to Watch Right NowNext