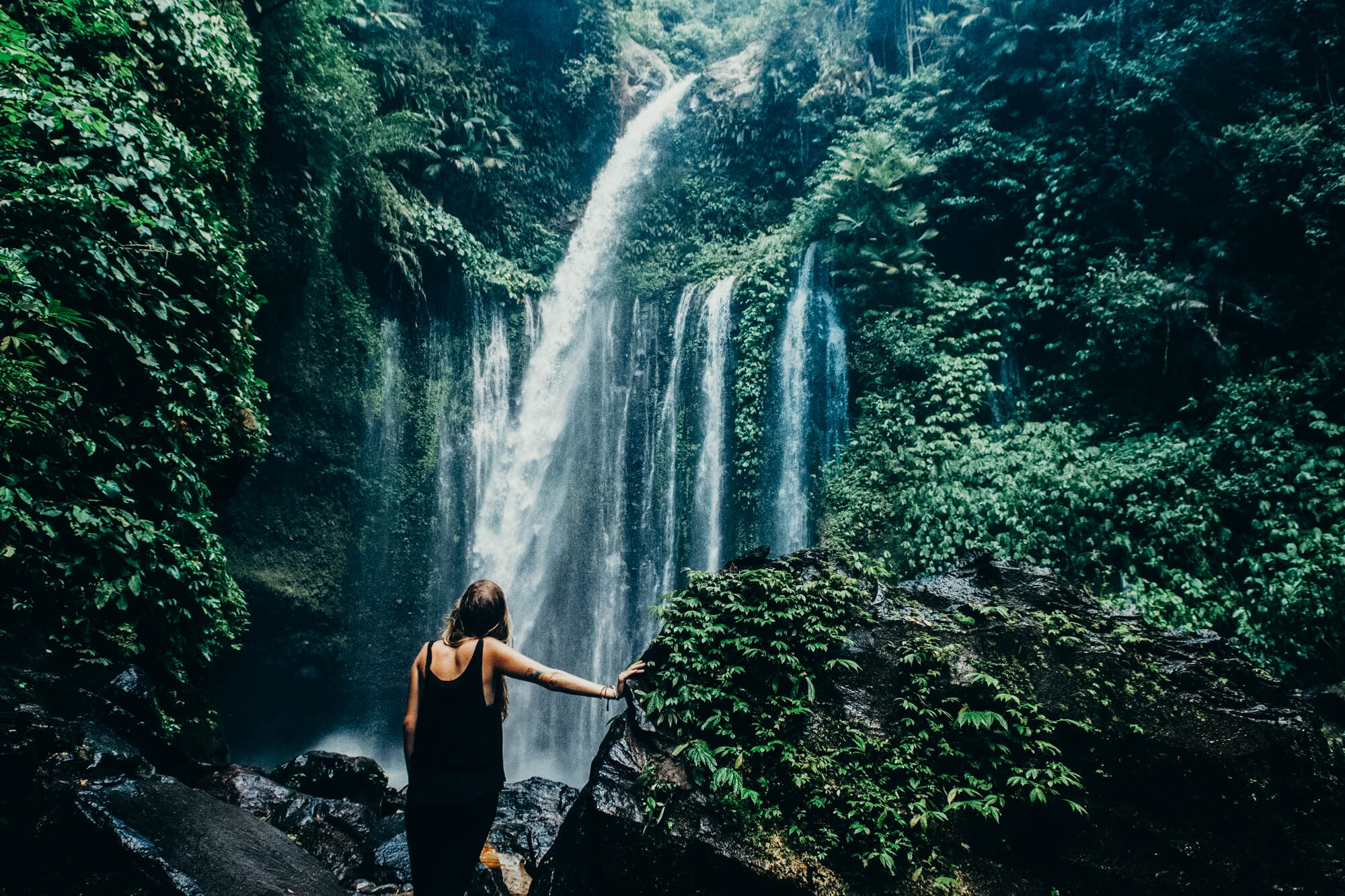 This charming country in Central America is famed for its tropical climate, breathtaking landscapes, and it’s delicious coffee, but there are hundreds of reasons to visit Costa Rica that you may not even know about.

Whether you’re longing to visit Cocos Island (one of the new seven wonders of the world ), paddle in the Caribbean Sea, or visit the Pre-Columbian Gold Museum, this nation has something for everyone. It’s even a popular ecotourism destination, for those interested in seeing exotic animals in their natural habitat or hiking through a national park.

The best part, though, is probably the general vibe of the country, which has the national motto “Pura Vida”, which translates to the pure life. The people here, who refer to themselves as Ticos, have a great appreciation for life’s pleasures, from reading a book on the beach to having a drink with friends to white-water rafting down the rapids. This makes it the ideal destination for those looking to get away from it all and those looking to experience it all.

It’s also a hotspot for LGBTQ tourists, with two major gay-friendly centers and a tolerant populace. However, it is still a conservative Catholic country where some politicians have denounced homosexuality as a sin, and, as such, visitors might experience some hostility towards outward displays of affection between same-sex partners or clothing choices that don’t match the gender some people may perceive you to be, regardless of your actual gender identity.

While any negative attitudes are likely to be confined to looks, rather than words or actions, LGBTQ travelers may wish to assimilate outside of the LGBTQ areas in order to feel more comfortable. This is entirely up to you as an individual and you may feel the need in some areas more than others.

Why Visit & When to Go

There are many reasons to visit Costa Rica, which is often described as one of the happiest countries on earth, from its gorgeous beaches to its friendly people to its beautiful wildlife. The only hard part is choosing when to go.

Costa Rica has two seasons: dry and wet. However, it’s a country with several different eco climates, so you should always be sure to check the weather ahead of time if you want to avoid the majority of the rain.

The peak time to visit Costa Rica is between November and April when temperatures range between 21C/79F and 30C/86F. However, if you’d rather avoid the crowds (and the humidity), you should visit in June, when you can also experience Costa Rica Pride.

This is one of the most popular cities for all visitors into Costa Rica because of its proximity to the beaches and resorts on the Pacific Ocean, including Playas del Coco, Tamarindo, and Playa Gulf. It’s also a hotspot for water sports and fishing. If you’re looking for a tropical paradise, with white sands, calm waters, and clear skies, then Liberia is a place you won’t want to miss.

Costa Rica’s capital and largest city has something for everyone, whether you’re looking for history, nature, art, or a party scene, with popular landmarks being the Children’s Museum, Culture Square, and Okayama Park.

Given that this is the capital, you can expect a thriving LGBTQ scene here, with bars, clubs, stores, hotels, and even two community centers catering to us. For gay men, there are even a couple of resorts and saunas that cater exclusively to them. Bars to visit include lesbian bar La Avispa, as well as Club El Teatro and Puchos, which cater to all LGBTQ people.

This tiny town is home to several traditional Costa Rican festivals that are unique to the country, including Fiesta Civica, celebrating the saint San Isidro, which features bullfighting and live music.

It’s also a great spot for those looking to do some bird watching, as it’s filled with rare and exotic birds, including the resplendent quetzal.

Located on the Pacific Coast, this is said to be the LGBTQ hotspot of the country, but you should bear in mind that it caters more to gay men than women or trans and nonbinary people. Its LGBTQ scene encompasses the only LGBTQ bar outside San Jose, an exclusively LGBTQ hotel, and a large section of the beach, where there are many parties during the dry season.

This park on the Caribbean coast is only accessible by boat or plane and, as such, remains fairly cut off from the modern world. Here you can hike, look for wildlife, or even watch the hatching of turtle eggs. It’s the perfect spot for those wanting to embrace the natural paradise of Costa Rica.

If you can’t start the day without your caffeine fix or own a slogan tee that says “Instant Human: Just Add Coffee”, then you should definitely take a look at the beautiful plantations where your coffee is grown. You’ll learn a bit about the process, see the traditional towns that surround the area, and even grab a recently roasted cup of Joe. You can also stay overnight in a boutique hotel on the plantation grounds.

Legend tells us that the majestic turquoise water that flows here is the result of God washing out his paintbrushes after painting the sky, while science suggests that it’s the result of a chemical reaction between the minerals in the nearby Tenorio Volcano and the surrounding rainforest. No matter the story you prefer, this waterfall is the perfect place to reflect on the world around you or find inner peace through meditation.

During this seven-day trip from Adventures by Disney, you’ll soak up the rich culture of Costa Rica, see its natural beauty up close, and even get your heart pumping with some high-adrenaline activities.  Highlights of this tour include a privately guided tour of the Cacao Rainforest, soaring on a zip line through the rainforest canopy in the Arenal Volcano National Park, and taking a white-water rafting ride down the Sarapiqui River. This is great for those who want to do something of everything but only have limited time.

These islands, accessible from Playa Flamingo, Tamarindo, Conchal, and Papagayo, are the best location in the country for scuba diving. The depth is between 18ft/5.4m and 75ft/23m, with an impressive amount of wildlife to spot, including tropical fish, pilot whales, sea turtles, sharks, and even whale sharks. The best part is that you can scuba here all year round, as there are no rivers delivering sludge during the rainy season. Pro tip: Take an underwater camera.

As with many countries, food is an important part of Costa Rican culture, with most gatherings, celebrations, and holidays being centered around meals. Costa Rican food is fairly mild in terms of spice and features plenty of fresh, local fruit and veg, with a hearty helping of rice and black beans.

One of the most important foods in their cuisine are tamales, made from cornmeal, lard, and spices, which are eaten at celebratory meals, but there are plenty of other dishes that shouldn’t be missed.

The national dish of Costa Rica is Gallo Pinto (meaning “spotted rooster”), which is a combination of stir-fried rice and beans that can be served with eggs and cheese. While Ceviche is a raw seafood dish, which can contain octopus, shrimp, dolphin, and seabass, soaked in lemon juice and mixed with coriander and other seasonings.

Common drinks in Costa Rica include coffee (of course) and the agua dulce, which is raw cane sugar dissolved in hot water. For those of you looking for something alcoholic, try Michelada, a beer drink infused with fresh lime and with salt around the rim of the glass, or Coyol wine, made from the sweet sap of a native plant.

Costa Rica has many laws in place to protect LGBTQ people from discrimination and even ensures some rights to a family life, with equal marriage and adoption by same-sex couples due to be enacted into law by May 2020, and has one of the best records for LGBTQ rights in the region.

The country also attracts a fair number of LGBTQ tourists and travelers, especially to its several gay-friendly areas, most of whom are treated with tolerance and respect by locals who have adopted a “live and let live” attitude.

However, acceptance of LGBTQ people is not universal and some locals may react badly, so it’s always wise to keep your personal safety in mind, especially outside of gay-friendly areas or hotspots for Western tourists. This might mean not holding hands with your same-sex partner, accepting twin beds in a hotel room, or even altering your clothing choices.

Costa Rica Pride is a massive event that takes place every year on Pride Beach in San Jose, with a massive Pride march through the streets, called the March of Diversity. This June, Costa Rica Pride will celebrate its 10th anniversary.

This festival, designed for the modern lesbian, features a program of art, culture, entertainment, and sports for women who love women. The May event will be the first lesbian festival in a Central American country and could be attended by up to 2000 women.

IGLTA has partnered with the Ella organisers to offer packages for 3-15 days trips.

Some top tips for LGBTQ travelers:

Meg Ten Eyck is a queer gal with expensive dreams and a whole lot of hustle. Meg is extremely gay and entirely addicted to travel. Like, we're talking Pride Parade gay - if they made a Meg Barbie her one accessory would be her rainbow flag and a copy of the feminist manifesto - THAT kinda gay. You can find her traveling the world or through her writings and ramblings @MegTenEyck Read more articles by: Meg Ten Eyck 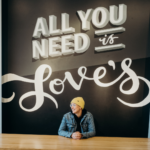 15 Great Things to Do in Grand Rapids 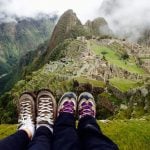