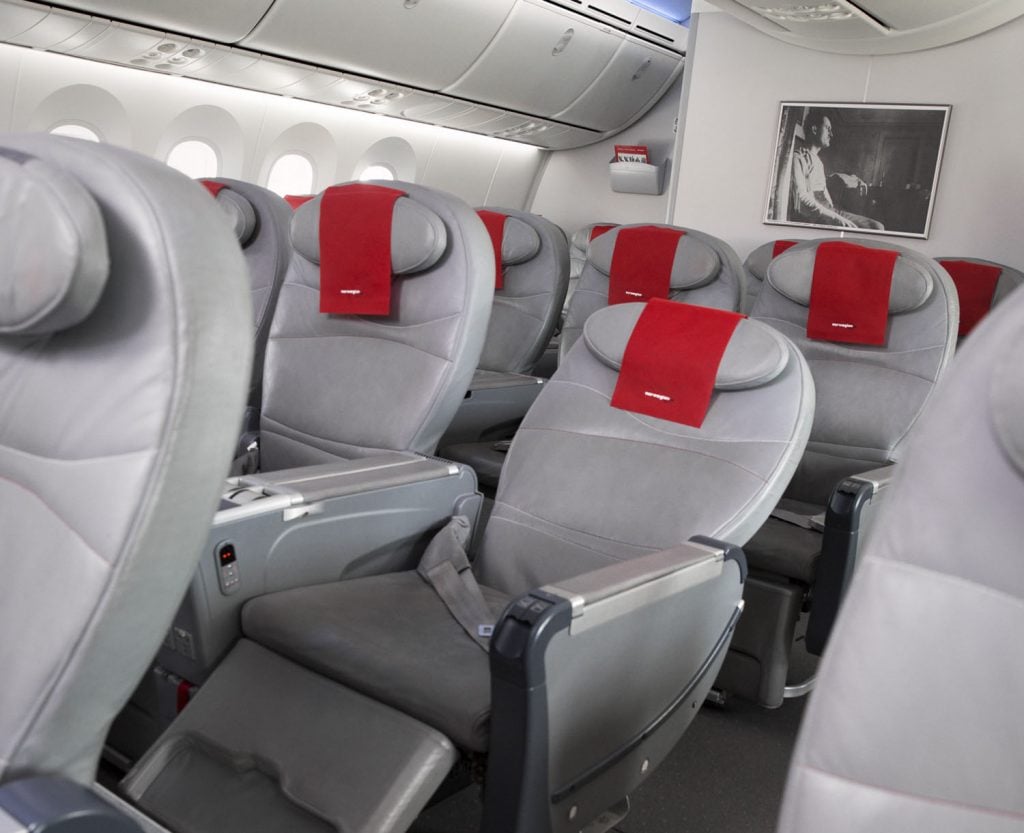 Most of you know by now that I come from rather humble beginnings. In fact, everything I know about travel, I learned growing up poor. Despite owning my business and traveling the world. I’m still wildly practical. I don’t own a car, the most expensive possession I have is my MacBook Air, and all of my clothing fits into three suitcases. Let’s just say I’m not exactly a frivolous spender. Despite being a minimalist by nature lots of readers are surprised when I tell them I fly coach all the time.

The only exceptions are the few times I’ve been upgraded. Generally speaking, when I’m booking my own flights I just book whatever is cheapest. I have about 5 different frequent flier accounts across various airlines. Sometimes this works out in my favor and sometimes I end up with a wildly inconvenient 12-hour layover in the middle of the night. In the past, Lindsay and I would just camp out on the airport floor and accept our fate during one of our many 40-hour travel commutes.

After nearly 6 years of sleeping on airport floors and flying dodgy itineraries, we were stoked when Norwegian upgraded us to Premium Economy. Norwegian has made no secret of their intentions to rapidly expand across the US within the next few years. With their new Premium cabin, it’s safe to say that long-haul flights will be much more comfortable from The States to Europe.

Lindsay and I had the pleasure to test drive the Norwegian’s newly configured Boeing 787-9 Dreamliner with the more dense Premium cabin. When I say denser I mean that it has 56 seats as opposed to 35 on the older version of the 787-9. The newer configuration makes Premium a lot more crowded and offers slightly less leg room but, would it really make that big of a difference in the overall flight experience? We tested it to find out all the answers for you.

Norwegian Air is one of Europe’s largest low-cost airlines. They’re known for doing $200 flights from the US to Europe in their most basic fare class.

Premium class offers more amenities and is more expensive than economy, but it’s not as nice or pricey as business class. A one-way ticket from Ft Lauderdale to Stockholm for EuroPride in Premium Economy was $673 compared to the lowest fare zero frills price of $237.

There was no wait at the check-in counter because Premium has its own line. I’ve never felt fancier than when I waltzed my way up to the Premium passengers line and got our boarding passes and lounge cards within about 3 minutes. One of the cool things about flying Premium is that each passenger can check 2 bags at 48 lbs [22kgs] each plus you can carry on a suitcase and a personal item. Honestly, that’s the same amount of luggage we took when we moved internationally and our carry on bags were our dachshunds. But for this flight, we opted to check our bags and just took our small backpacks onboard with us.

One of the perks of flying Premium is the lounge access because let’s be honest, waiting on a plush couch with unlimited wifi and an open bar is better than waiting sober in one of those hard airport chairs. We only had about 30 minutes to enjoy the lounge in Ft Lauderdale but it was long enough to each enjoy the buffet of snacks, grab a drink, and use the bathrooms. I loved that the lounges have a shower in them. That would have been extremely helpful on so many of my long haul itineraries.

A complimentary welcome drink of apple juice or orange juice was offered around as we settled into our seats. I was really impressed by the 55 inches of legroom, which made it feel a far cry from the often claustrophobic conditions of economy. While it was slightly less legroom than we would have gotten in business class on other airlines, it was plenty of room for Lindsay to stretch completely out and she’s 6ft tall. While the seat didn’t go completely flat, the recline was generous and again, went much further back than Economy. This is going to sound silly, but I loved the blanket that came in the seat. It was quilted and significantly thicker than the usual airplane blanket and a lot more snuggley. Yes – I said snuggley. I bet you won’t find another review that uses that word. Anyway – back to the seats. They were rad and had a charging port and a traditional plug. We sat in 1A and 1B so there was no one in front of us. We were able to fully recline and rest our feet without any intrusions. The Norwegian website claims that Premium offers two 3-course meals as part of the flight service. While we did get a tasty appetizer, entree, and desert – it was served together in a cardboard box. I’m not complaining it was far from the worst airplane food. It was actually quite tasty. We were offered a beef, chicken, or fish option. I went with the beef. It came with glazed carrots and potatoes as a side plus a small side salad and three macaroons. Honestly, it was delicious – cardboard box or not. During the meal, we were able to choose from a selection of wines and cocktails or soft drinks and after dinner, we were offered a post-dinner aperitif. I declined the Bailey’s and Whiskey but appreciated the gesture.

Flying Premium isn’t like flying first class. Sure, there are similarities but the biggest difference is in the amenities and the number of bathrooms available to Premium passengers. I wasn’t expecting first class levels but I was rather surprised that there were no pillows available or packages of eye masks and earplugs. But to be honest, they have to make some cuts in order to differentiate between Premium and a traditional business class cabin and if I had to choose I’d sacrifice the clean socks and eye mask over the seat width and meal quality too. This is one area where Norwegian can make improvements.

The in-flight entertainment on Norwegian was incredible. Each seat had its own screen with a wide variety of TV shows, movies, and games to play.  There were more than enough options to pass the time for the nearly 9-hour flight. The service was also impeccable. The staff couldn’t have been more friendly and courteous to our needs and did not bat an eyelash at us for being an LGBT couple.

Overall, Premium is worlds better than flying with Coach.  So does this make Premium a good deal? I randomly selected a 7-day trip on the same route and the fare was $673.  The same dates yield one-stop coach fares on full-service carriers from $884 and business fares from $2,935 to Heathrow.  At that price differential, I say Premium represents a great value. Even if you were to spend $200-$300 more than a full-service carrier I’d still recommend it. You receive a much better seat and experience than flying coach for significantly less money than flying business class. It’s really a no-brainer.

Meg Ten Eyck is a queer gal with expensive dreams and a whole lot of hustle. Meg is extremely gay and entirely addicted to travel. Like, we're talking Pride Parade gay - if they made a Meg Barbie her one accessory would be her rainbow flag and a copy of the feminist manifesto - THAT kinda gay. You can find her traveling the world or through her writings and ramblings @MegTenEyck
PrevPrevious3 LGBT-Friendly Stops on for Your California Road Trip
NextWhat Can You Do About Gender Inequality in the LGBT Travel Industry?Next