The Ultimate Guide to Lesbian Travel in Brighton

Brighton is the unofficial gay capital of the UK with the country’s highest proportion of same-sex households, first Trans Pride, and, some might say, best queer nightlife scene.

But it’s not just the LGBT+ scene that makes Brighton an awesome place to travel to. In fact, this chilled out seaside city is a hub for artistic expression, independent shops and restaurants, and progressive politics that have helped shape Brighton into the queer haven that it is today.

How did Brighton become an LGBT+ hot spot?

Almost 15% of all people in Brighton identify as LGBT+ and that’s hardly a coincidence –  I’m not saying there’s something in the water because only Alex Jones is stupid enough to believe that – but rather it’s congregation.

How did this come about? Well according to some history websites, it has a lot to do with the stationing of soldiers there during wartime, good transport links to the capital, and the emergence of it as a holiday destination.

Here queer people could meet people like them, when they perhaps couldn’t back home, which led to gay bars being established in the 1930s, which in turn led to more gay women and men coming to Brighton and staying.

Brighton also has a long history with LGBT+ activism, including being the site of one of the first British Pride events and several major gay rights demonstrations, as well as the founding location of several LGBT+ organizations, including the Brighton & Hove LGBT Switchboard and the Allsorts Youth Project. 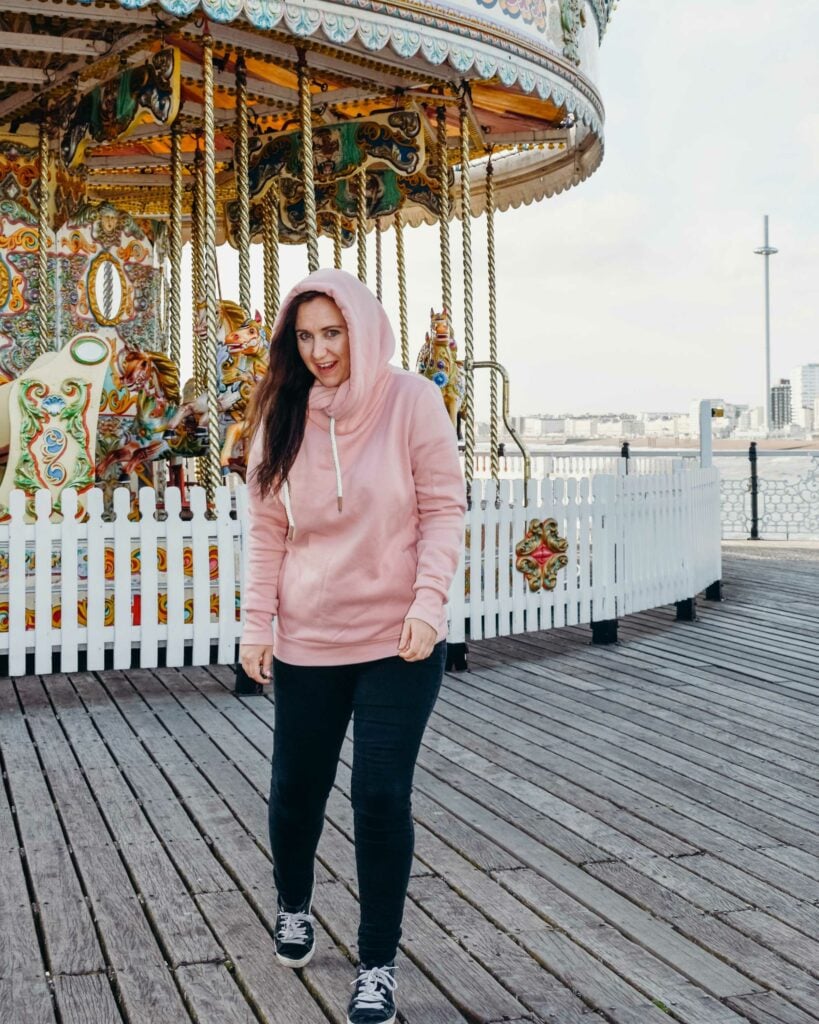 There are no exclusively lesbian bars in Brighton. I know, I’m disappointed too. I mean, we all know that lesbian bars are closing down left, right, and centre across the US (and tbf, the world), but the fact that this LGBT+ hotspot has not one bar that is exclusively for women who love women is frankly disheartening.

There are many reasons for the disappearance of lesbian bars, from profit to marketing to a dash of misogyny and homophobia, which are too complex to get into here. (Thankfully, I already have a blog about it.) Advice: Support your local lesbian bar. It’s the only way we can keep them open.

In the absence of additional bars exclusively for gay women, I’ll be focusing on bars that attract a large lesbian clientele. These are also great if you’re travelling in a mixed group.

The Marlborough Pub and Theatre

The Marlborough Pub and Theatre is possibly my favorite bar in Brighton, thanks to its relaxed atmosphere, links to the queer activist movement, and salacious past.

Opened in 1794, it once served as a brothel visited by Prince George, pleasure garden (which sounds like a euphemism for the vagina, but apparently means a sort-of park), and the site of a Victorian-era murder.

It became linked with the LGBT+ community in the 1970s, when it served as the meeting place of the Sussex Gay Liberation Front, formed by Sussex University students in February 1971. They held weekly meetings, fortnightly discos, and other cultural events, including the screening of a BBC documentary about gay Christians.

It became a lesbian pub in 1997 and won Pink News’ “Best Bar None” award for best LGBT+ Venue in 2006, but has since become a bar for all LGBT+ people. It’s the perfect place to have a good meal with a decent pint. (Also, their vegan cakes are incredible!)

If you’re looking to dance the night away or take part in a karaoke battle, then Bulldog is the bar for you. It generally attracts a lively lesbian crowd, but you should expect a bigger and better party atmosphere this year, during the bar’s 40th birthday celebrations.

This three-floor venue is famous for its foam parties, UV parties, and theme nights, making it perfect for ladies who want to dance until they drop. Club Revenge used to have a lesbian night called Girls on Top, which has sadly been cancelled, but they still attract lots of gay women every night of the week.

It’s also located right on the beach, so if you need to take a break, you can take a walk on the waterfront. Important health and safety warning: Do not swim in the sea if you’ve been drinking or taking drugs. Actually, stay out of the sea at night altogether. I love you guys and you need to keep safe.

The Marlborough Pub and Theatre

Now, I know that you’re thinking that I’ve already mentioned this venue. And you’re right.

The Marlborough Pub and Theatre actually serves a dual purpose because it has a small theatre upstairs, where Marlborough Productions puts on plays about contemporary life and Pink Fringe puts on plays and cultural events focused queer topics or characters. So really, it’s for the lesbians and the thespians.

If you’d love to learn about gay history, then this 90-minute walking tour has you sorted, with over 200 years of Brighton’s LGBT+ history. (Although, as I’m sure you’re aware, the history of gay people stretches back far longer than that.) The Piers & Queers Tour even won the iGap Travel Awards’ LGBT+ Tour of the Year in 2018.

Here you can learn about everything from Regency Dandies to queer life in the 1950s to the political activism that struck important victories for our community, whilst following in the footsteps of notable LGBT+ people, including Lord Byron, Oscar Wilde, and Dusty Springfield, as well as some less well-known characters like a 19th-century lesbian diarist.

Private tours can be arranged five days a week, but public tours (at a lower cost) are available during the Brighton Fringe festival in May.

Of course, in a queer hub like Brighton, there are always plenty of events to entertain you. Here are my top picks of the smaller events. 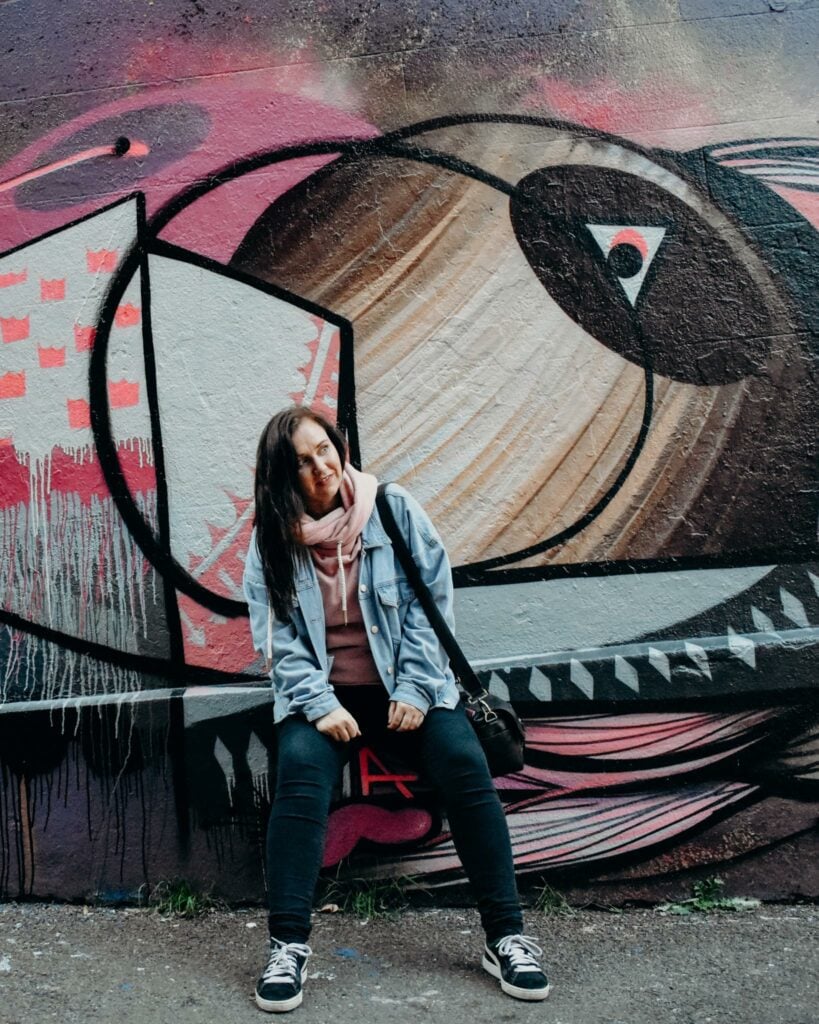 Brighton has one of the biggest Pride festivals in the UK, with hundreds of thousands of people visiting every August just to attend, but it started, as most Prides have, as a gay rights demonstration. And it hasn’t lost touch with its roots, with organizers wanting to create a  ‘Pride with Purpose’ and work towards eliminating discrimination against all LGBT+ people.

There are six officially sponsored Pride events in just two days, although there are always plenty of other events in the local community,

Brighton was the proud host to the first Trans Pride in Europe and every year since has held this event to celebrate members of the trans and non-binary community.

Although plans for 2019 are still under wraps atm, last year was the biggest and best yet, with the twin themes of “Celebrating Gender Diversity” and “Nothing About Us, Without Us”, so organizers will likely try to best themselves this year.

As I mentioned in a recent article about lesbian travel in Manchester, it is illegal for hotel owners in the UK to discriminate against same-sex couples when renting a room, so there’s no reason to fear that a hotel owner will refuse to sell a double room to you and your girlfriend/partner/wife, no matter what hotel you choose.

However, I do recognize the want to assimilate and choose a hotel that caters to lesbian travelers. Not only are they likely to be more central to the LGBT+ scene, but they’re also more likely to have resources that are suitable for you or fellow gay women in attendance. You know, just in case you want to make friends or find a date for the night. 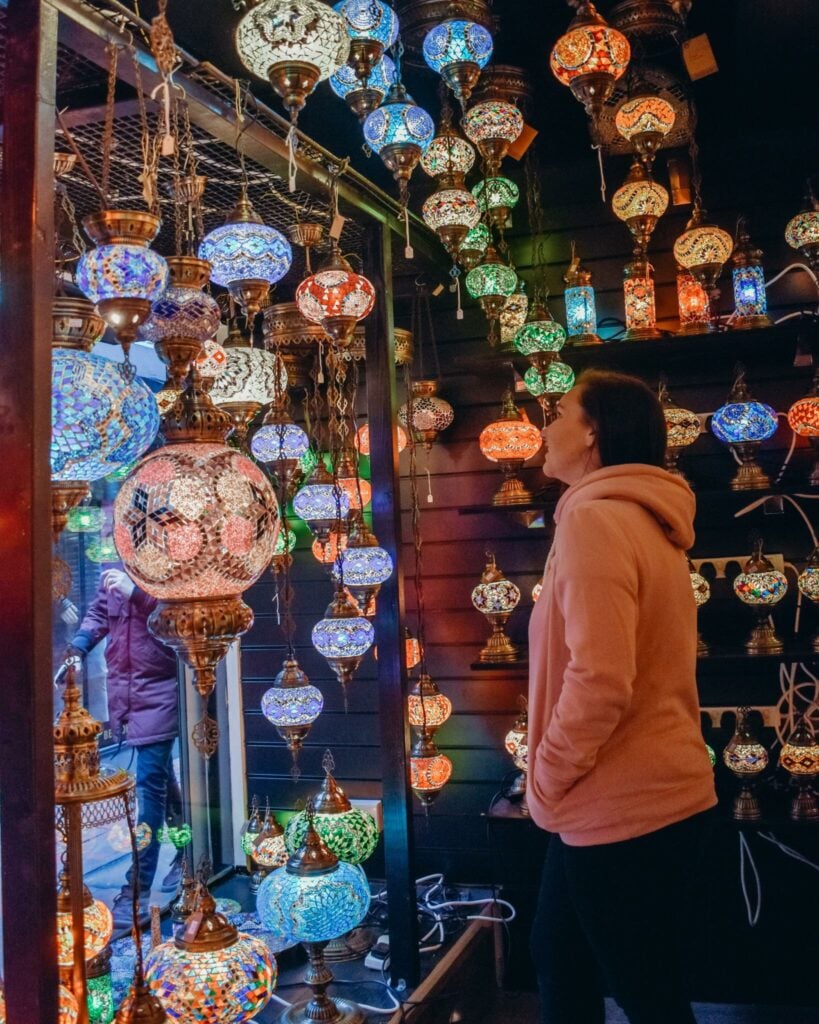 Amsterdam Hotel and Bar: It’s located in the heart of Kemptown, which serves as Brighton’s gay village (although, I’d argue that Brighton is one big gay village), and it’s got a large seafront terrace, which is the perfect place to enjoy a cocktail with your fave girl. If you want luxury, this is the place for you.

Hudsons: This gay-owned bed & breakfast is still in Kemptown, but its located on a quieter street, for those of you who want a peaceful retreat from the party.

New Steine: If you’re looking for somewhere that’s elegant and stylish on a hostel budget, then choose this refurbished townhouse. Rooms can cost less than £30 per night, which is a bargain. Also, the on-site restaurant serves a savory crepe filled with Ratatouille, which sounds like a strange combination but is incredible.

If you want to sleep somewhere different, Airbnb has a host of tiny homes, campervans, huts, and boats (you are right by the sea, after all). Also, if you’re staying for Pride, you can always pitch a tent at the Pride Campsite.

Well, that’s it from me on lesbian travel in Brighton, but now I’m excited to hear from you. Have you travelled to Brighton? Do you have fond memories of the lesbian bars there? And are there any more places that you think queer women should check out? Let me know all that and more in the comments below.