Pride in major western cities has become a corporate-sponsored day of shameless debauchery. No shade on that, we all need time to let loose and enjoy ourselves.
I’m from NYC, we host one of the largest pride celebrations in the world. I’ve been to pride in dozens of different cities and countries, but when I think of pride parades, I always picture NYC’s 365 marching contingents representing brands as diverse as Khiels to the MCC Church.
Prides in major western cities have top 40 pop stars headlining nightclubs. These days celebrities even use Pride in strategic PR campaigns. Is it a coincidence that the US Supreme Court announced the Marriage Equality ruling just days before the biggest pride festivities in the country? Just shy of a presidential election year with a candidate running on the LGBT vote? Let’s just say I have a hard time believing in coincidences.
For me, Pride is about promoting events, making appearances and playing politics of being a pro homo. I’m blessed to be able to make a living supporting my community. I can’t lie to you though, we’re just getting started with pride season and I’m already exhausted. When I get bogged down in the capitalistic and political aspects of Pride, it’s easy to get a bit jaded. It’s times like this that I have to take a step back and remind myself why we celebrate each year.
I feel a bit like Cindy Lou Who for saying that, but stay with me here on this soap box.
Despite all of the negative aspects of Pride I just mentioned, I absolutely love it. It’s my Christmas. Each summer I try to schedule as many pride festivals as possible because I crave the feeling of being surrounded by my community. Sure, I spend every year working the Pride events, but there is nothing that makes me happier than seeing large groups of queer people celebrating. 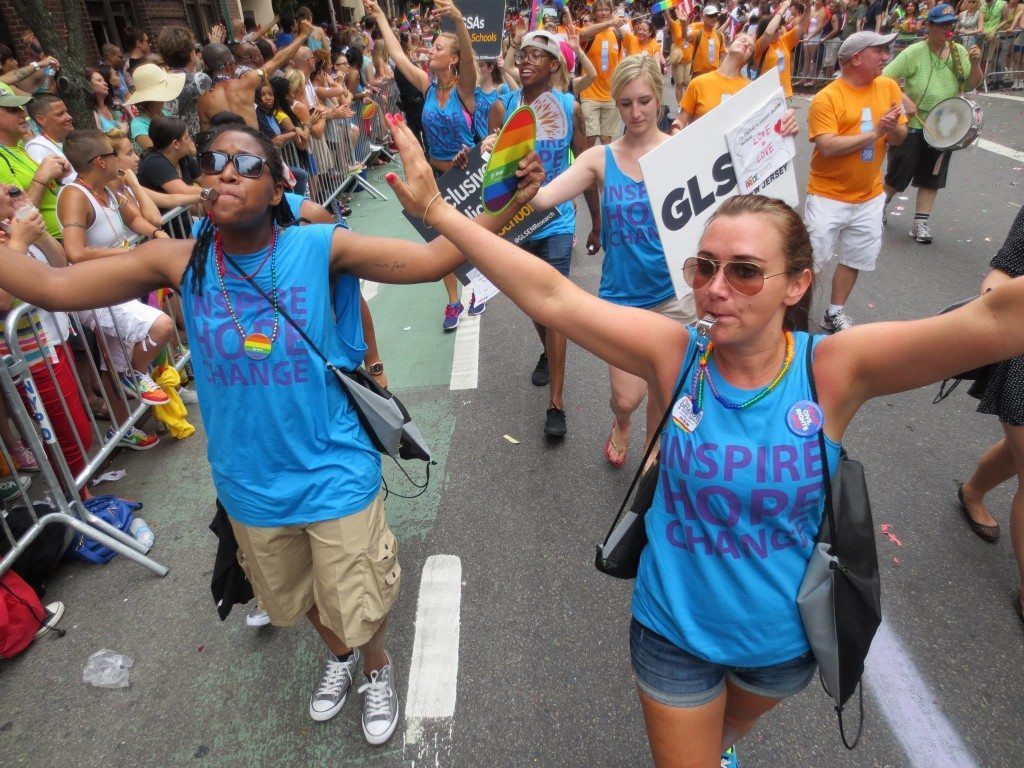 Which is why I jumped at the chance to tour European pride festivals with Two Bad Tourists and Gay Star News this summer for the #MyGayPride campaign. Yes, I have corporate sponsors (shoutout to Eurail, Air Baltic and Man About World) but I’m also attending prides so contrasting that they are unlike any others I’ve seen.
My first stop for #MyGayPride was in Anti-LGBT post-soviet Ukraine. I landed just days after protestors took the streets launching handmade explosives stuffed with shrapnel into the crowd of  Kiev pride participants. After reading the headlines and connecting with the ministry of tourism, I knew this pride season was going to be completely unique. The tourism board gave me the contact information of several activists organizing the events. They were kind enough to speak with me but asked that they remain anonymous to protect their jobs and livelihood in Kiev.
What I learned from these activists opened my eyes to how important pride is for LGBTs around the world.
The organizers had to take extra precaution because the ultraconservative Right Sector party had made death threats on pride participants.
To be allowed to participate in the events, you had to be personally vouched for by one of the organizers and submit your legal name and contact phone number so that activists could identify you in the event of a bombing. Let’s just take a minute to let this sink in… 250 people showed up to an event where they knew in advance there was the potential of a bombing.
…
When  I first heard that statement, my gut reaction was “Why would you go?!” but that knee-jerk comes from a place of privilege. Sure, America is far from perfect when it comes to LGBT rights, but I’ve never feared that a pride parade would be bombed. These activists are fighting for the right to live their everyday lives.
With 250 participants and twice as many police officers I can only imagine how intimidating the scene must have been. One of the activists I spoke with said that the police presence had not been verified until the morning of the march.
As protestors assembled, they were not sure if anyone would be there to protect them. The first 15 minutes of the march were met with screams of “faggots deserve to die.” while protestors threw street flares, poorly made Molotov cocktails and modified explosive into the crowd.
One of the policemen was hit with shrapnel to the neck started bleeding out on the grass as Red Cross volunteers rushed to his aid. The small crowd of attendees continued down the path marching past his spilled blood while they chanted about human rights. 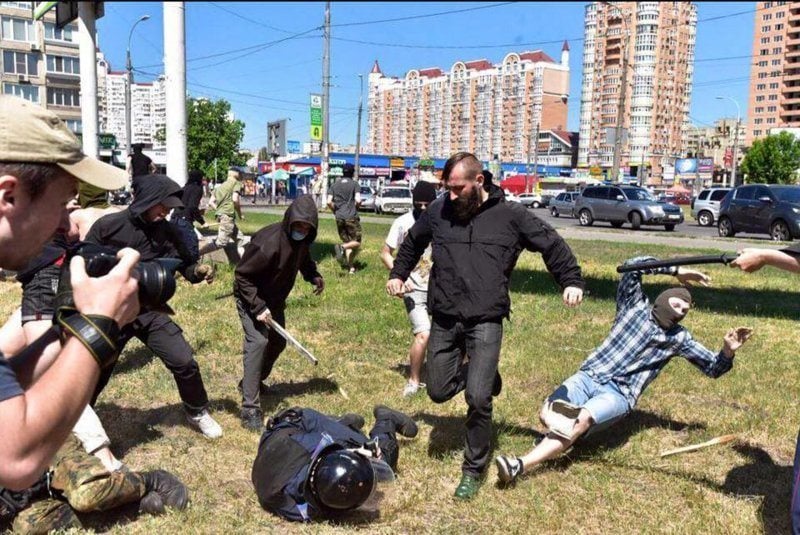 In all, the march started 30 minutes late and lasted about ten minutes. Reports of violence post parade were everywhere. The police made it very clear that they were no longer on duty and public transportation companies refused to pick up attendees. In the end 25 protestors were arrested, 19 people were injured and all the pride festivities were canceled because the location had been leaked. Despite all of this, the organizers believe the event was a success.
When I finished speaking to one of the organizers, I hung my head and cried. I was ashamed at my privileged casual sass about the nature of queer events. As an activist in America, I was often treated as a local celebrity, but these people, they are the heroes. No matter how many corporate sponsors, rhinestone g-strings or celebrity club appearances there are in NYC or London- the first pride was still a police riot.
It’s been a very long journey since those June days on Christopher Street in 1969. We must not forget where we come from.
Tweet
Share12
Pin
12 Shares