Is Eurail the Best Way to Travel Europe?

Last month I traveled Europe during the #MyGayPride tour with Gay Star News. My trip was a bit rushed because I had so many stops along the way. I was in Barcelona for Pride followed by a couple days in Paris and immediately off to Cologne later that week.
Luckily, I had a Eurail pass to get me from place to place. Having a Europe train pass allowed me to kick back and relax in the air-conditioned first class cabin while the European countryside blew by the high-speed rail. Auston from Two Bad Tourists gave me the option of taking pre-organized flights to the scheduled destinations or getting a Eurail pass to backpack my way across Europe.
While the thought of first class airport lounges does make my heart flutter, I opted for the Eurail pass. I’d never done the flashpacking- hitch the rails trip around Europe that so many gap-year students get to do and part of me really wanted to understand that style of travel.
I also knew that Eurail would be a more flexible travel option. I had a few days break between each city and wanted to see what I could find when I wasn’t in an organized press group.
To help you determine if a Eurail pass is for you, you need to know three things. What countries are you visiting? What is your budget? How long are you staying? Once you have a vague idea what your answers are to these questions, you can determine if Eurail is for you or not.
The pass I was given was a First Class Global Eurail pass for 2 months. I received this pass for free in exchange for this post, but as always, I give you guys my honest opinions and experiences. With that said, here are my pros and cons of traveling by Eurail Pass. 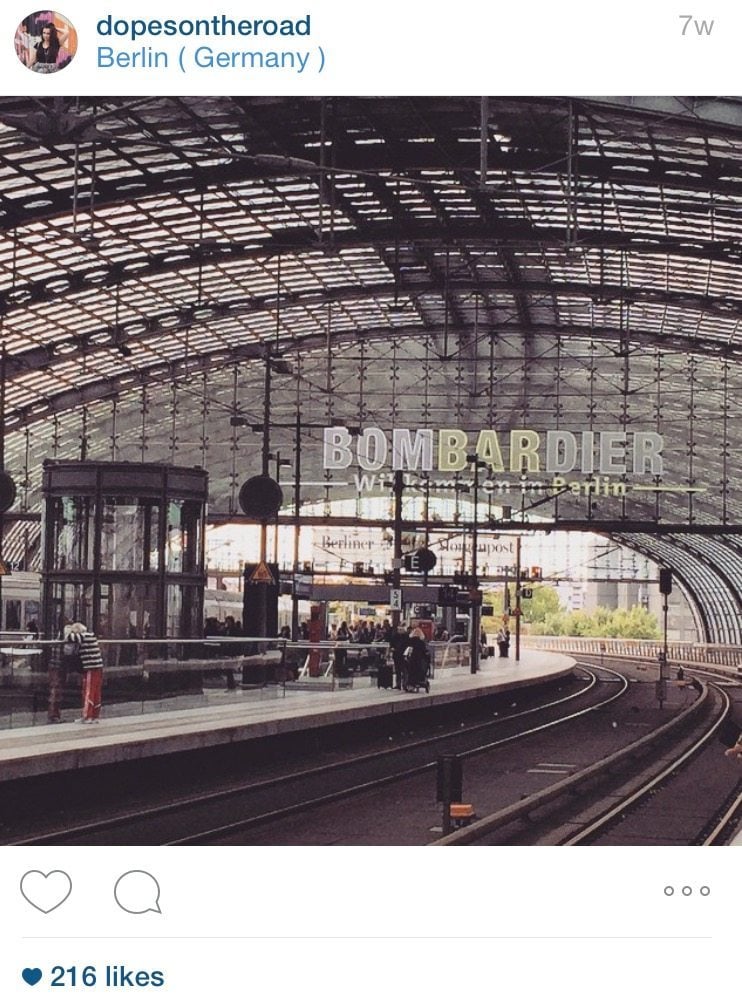 One of the biggest perks of traveling by Eurail is the ability to be spontaneous with your travel plans. When I was in Barcelona, I fell in love with the city and really wanted to spend an extra day exploring. If I had booked a flight in advance I would have had to pay for another ticket or a rebooking fee. I tend to travel for longer periods of time than the average traveler. I loved being able to have a loose idea of my plans but flexibility should I change my mind. That being said, I’m a very experienced traveler. I know how to roll with the punches when things change at the drop of the hat. A less experienced traveler may feel more comfortable having a set time frame and a more fixed structure for exploring.

I am sooooo not the person that travels with a million suitcases and one specifically for shoes and hats. However, I know lots of folks do that stuff. Eurail has much more liberal baggage allowance policy than most airlines. According to the handy dandy website, you’re limited to three pieces of luggage. That’s three more than most budget airlines these days. Eurail lets you tote all your fashion must haves across Europe. You do you boos. I get it.

In most parts of Europe, small dogs travel for free on Eurail. If you have a larger dog you may be required to purchase a ticket. Arguably train travel is less traumatic for animals than being put underneath an airplane. Some breeds of dogs cannot fly on commercial airlines, Eurail eliminates those issues. Make sure the check with your Eurail office regarding the countries and exact routes you are traveling. You may need to make reservations in advance to ensure timely travel with animals.

For my Europe adventure this summer, I knew I’d be traveling to lots of destinations. Eurail is great for long term travel to lots of destinations because you can purchase one ticket and avoid waiting in long lines at the train station (IF you reserve online in advance). The more countries you plan to visit, the better the value of the pass.

Sleep on an overnight train

The trains are fairly comfortable. I was on a tight schedule so I used the train as a chance to catch some rest in between cities. When I say comfortable, I don’t mean the seats are Lazyboy recliners or anything, but they’re far more comfortable than crashing on the floor of an airport or train station in a pinch. I packed a soft scarf that doubles as a blanket and used a little pillow for a reasonable nap while after I went a bit too hard during pride. I’m also slightly Type A (file this one under secrets that aren’t really secrets). Being on the train with no WiFi forced me to disconnect from the interwebs and focus on my experiences. It was on the train that I was able to relax a bit and engage in some self-care.

If you are under 26 years old you are eligible for discount train passes. I was 27 and just barely missed the cut. If you are over 26 years old you are only able to get First Class passes, kinda dumb, but I don’t make the rules. Eurail has increased their prices to a similar pattern as some budget airlines. Ultimately, the pass is only worth it if you’re traveling to multiple places over a long(ish) period of time. If it suits your needs it’s a solid investment. It’s ultimately dependent on the type of travel you envision for yourself. Nomadic Matt did an incredibly in-depth post on the actual value of the passes. Check it out for more information and a breakdown of exact costs.

The process of getting my rail pass, reserving tickets online and recording my trips around Europe was a bit complicated for my taste. There are a limited number of seats reserved for pass holders. If the seats are full, you have to wait for the next trip. If you are traveling during high season, that might mean waiting several hours and taking a very indirect route. I had thought I reserved my seats correctly, but found out that it didn’t work when I arrived in Europe. For reference, you book your tickets through the rail company located in each country. For example, you’d book your tickets through the DB Bahn in Germany for the portion of your trip in Germany. Each country has their own rail company, so you have to book each portion through each site. Sometimes these sites are in English and sometimes they are not. You can book through a third party site like Rail Europe. They charge a fee to reserve your tickets and organize them into one smooth itinerary. This does increase your costs, but can be an incredible time and money saver for first-time train travelers.

Train travel usually takes longer than flying. This may seem obvious, but it isn’t always true. For international travel you have to be to the airport between two and three hours prior to boarding. Keep this in mind when you’re weighing the pros and cons of your transportation method. If you have a one hour flight plus three hours waiting at the airport and at least 40 minutes of de-boarding and getting your luggage. Realistically that one hour flight turns into 5 hours of travel. While you still have to arrive before your train leaves, three hours is certainly not necessary. Evaluating the time difference might help you make a better choice for your trip.

Despite having a Global Pass, I still had to pay reservation fees while booking trains in different countries. In France I had to pay 34 Euros for a spot on a train. In Germany, I paid 2 Euros. Depending on where you’re traveling, the reservation fees can really add up and impact your overall budget.
Overall, there is no right or wrong answer for choosing to travel by train or plane. Having a Europe train pass from Eurail that suits your needs can be really beneficial for the long distance travel over a long period of time. It’s really dependent on what you’d like to get out of your trip. Have more questions? Leave them in the comments below.
&
This post is part of my ongoing coverage of #MyGayPride. Special thanks to Two Bad Tourists, Eurail, and ManAboutWorld.
&