It’s that time of year again, the month of a thousand pride parties, rainbow colored everything and body glitter. This year, I’m keeping it low key (ish) and only hitting up three different Pride festivals. I’m confirmed to be at DC Capital Pride Saturday, June 11, 2016, Columbus Pride, June 18, 2016 and back home in NYC for Pride on June 26, 2016. This month is going to be a bit crazy, but I’m kicking off Pride Tour 2016 with my favorite local queer party, The Coven.

Kate Ross and Marissa D. Barrera are teaming up once again to bring you THE COVEN, DC’s only late night party for witchy, bitchy, queer kids. On Friday, June 3rd, at Smith Public Trust on (12th Street and Monroe Ave NE)  they’re bringing you the DJs of FACTORY GIRLS, a group that showcases queer talent and celebrates femininity, regardless of gender or sexuality. Factory Girls is co-produced by DJs Gun$ Garcia (Philadelphia), Katie Rex (New York), and Suga Shay (Los Angeles). Opening set by DC’s own Jacq Jill. Get excited! The thing I love about Coven is that they do a variety of parties and community events. Sure, they have nightlife, but they also have a book club, spin classes and fundraisers for the community. I LOVE that it’s not all focused on drinking and sex. DON’T GET ME WRONG. I love me some vodkasodasplashofcrans and I’m known for my sex columns at Go Magazine and Wanderful, but some substance is nice too. Speaking of which, when you go to The Coven’s Pride party, 15% of ticket sales go to SMYAL, a local organization that supports and enhances the self esteem of sexual minority youth. 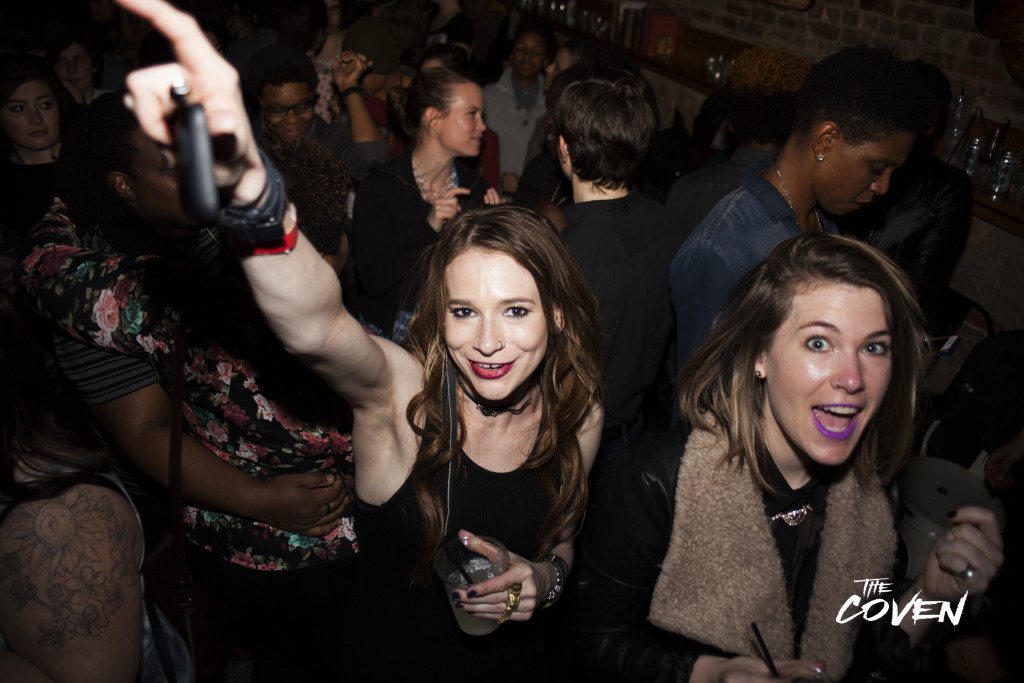 This year the annual DC Capital Pride Parade steps off on Saturday, June 11, 2016 at 4:30 pm from 22nd & P Streets, NW, Washington, DC. The DC parade weaves it’s way through the nation’s capital throughout the early evening. Don’t forget to bring your water bottles and sunscreen.

After you’re all paraded out head out to Howard Theater. That’s the Green line Shaw – Howard University station for those taking the metro. Join the Ladies of LURe and Tagg Magazine for their annual FUSE: Pride Women’s Event. Despite the “ladies party” notation on nearly every advertisement, I reached out to the party planners on Facebook and Instagram to ensure the event was trans and nonbinary friendly, and they promptly responded “ABSOLUTELY!!! This event is for everyone under the rainbow.” The Facebook event invite also states “This event is for everyone lesbian, queer, and under the rainbow!” The party gets started at 9:00 PM and will continue into the early hours of the morning. Tickets are $15 and there will be bottle service available for those high rollers in the crowd.

If you’re under 21 and still trying to get your Pride dance party on, the folks at SMYAL are putting on a youth-exclusive Queer & Now dance! They’ll be at National City Christian Church in Thomas Circle for FREE dancing, food, and HIV testing from 6pm-10pm after the parade.
If you’re not the clubs and drinks kinda of person, there are tons of other cool things to do in DC. I highly recommend checking out the Blind Whino

Blind Whino is a Non-profit Arts Club and Event Space that hosts a variety of creative events and performances throughout the year. The building is an old Friendship Baptist Church from the 1900s that has been repurposed and redesigned, as I’m sure you guys are aware from my Instagram feed, I’m borderline obsessed with giant murals. The first time I saw Blind Whino I knew I HAD to attend some events there. The work on the outside of the building was a commissioned piece from Atlanta based artist HENSE. It’s a full building mural that wraps around the entire perimeter of the venue. The work on the inside is just as breathtaking. Whether you’re attending a poetry slam or checking out an art exhibit, Blind Whino is definitely worth checking out.

Wonder is one of the coolest things DC has to offer. Sure, on the surface it’s just an art exhibit, but honestly, it’s so much more than that. It’s one part art, one part social commentary and one part media experience. While the nine artists featured in WONDER create wildly different pieces, they are similar because they create large-scale works from nontraditional materials and objects. You’ll see a giant rainbow colored spider web of woven threads, wooden pieces spiraled together to form larger than life creations and rooms filled with everyday objects like marbles and cards placed together in transfixing installations. The gallery is open daily and has free admission. They open at 10:00 a.m. and close at 5:30 p.m. I’d recommend being there right at 10am because the line can get a bit crazy.

Did I miss anything? Let me know your recommendations in the comments below.