Despite Korea’s social conservatism, nightlife and art are just as much a part of Korean culture as Kimchi and Hoboks. In my year teaching ESL in South Korea, I grew found of the Hognik University section of Seoul. Commonly called Hongdae, this youthful artist hub is the place to be for flowing Cass, street dance parties and excellent street art. The street art in Hongdae South Korea really makes 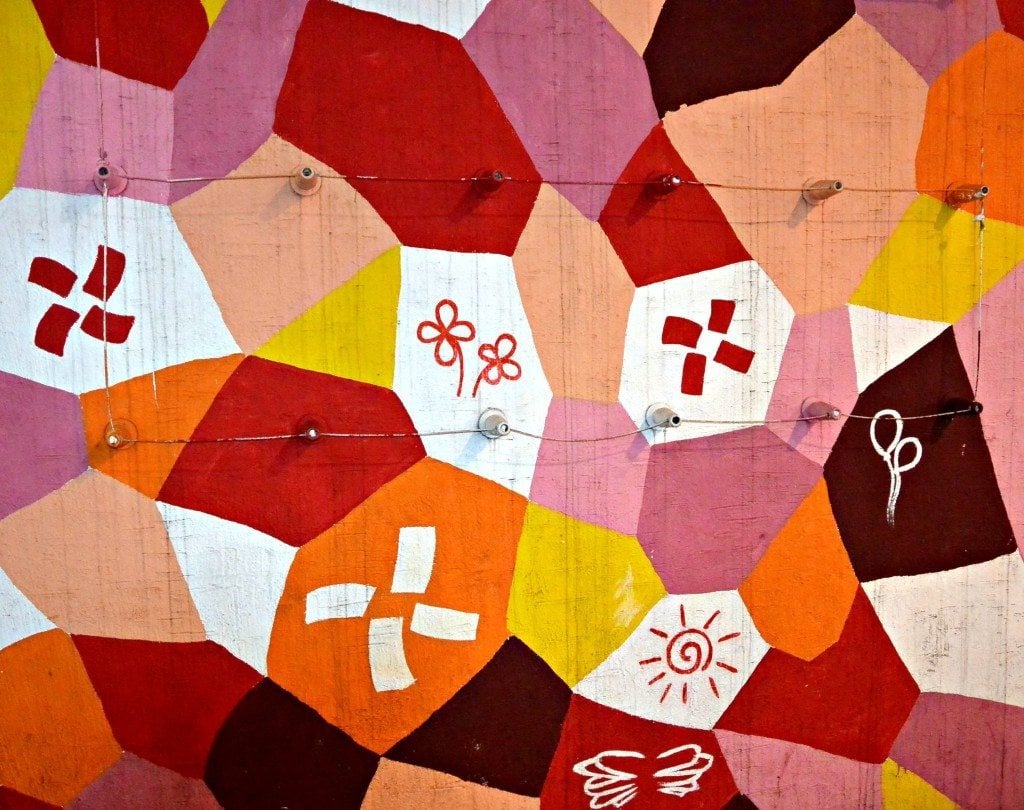 The first time I went to Hongdae, I watched a man dressed in a cat costume vomit Soju dangerously close to my shoes. I looked up in disgust and immediately wanted to turn around and get back on the train, but I’m glad I stayed. If I had gotten back on the train, I would have missed out one of the most unique parts of Seoul. 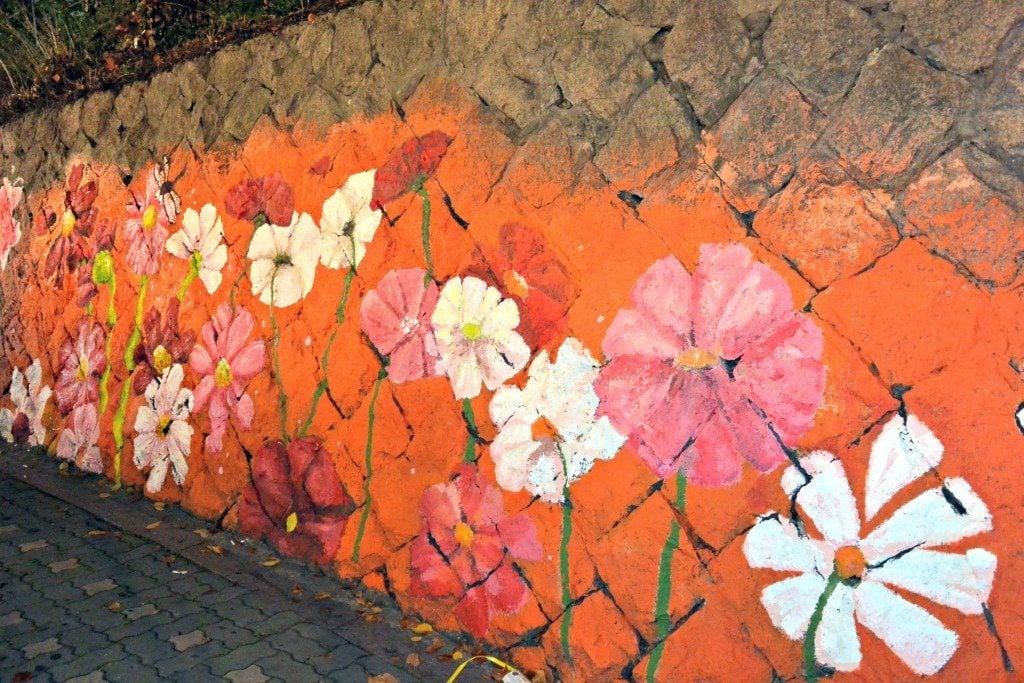 Korea is still an extremely conservative society; things that are normally considered taboo in Korea are openly displayed in Hongdae. You see tattoo parlors, bare shoulders and queer couples holding hands, things that are mundane in the western world, can be scandalous and forbidden in Korea. 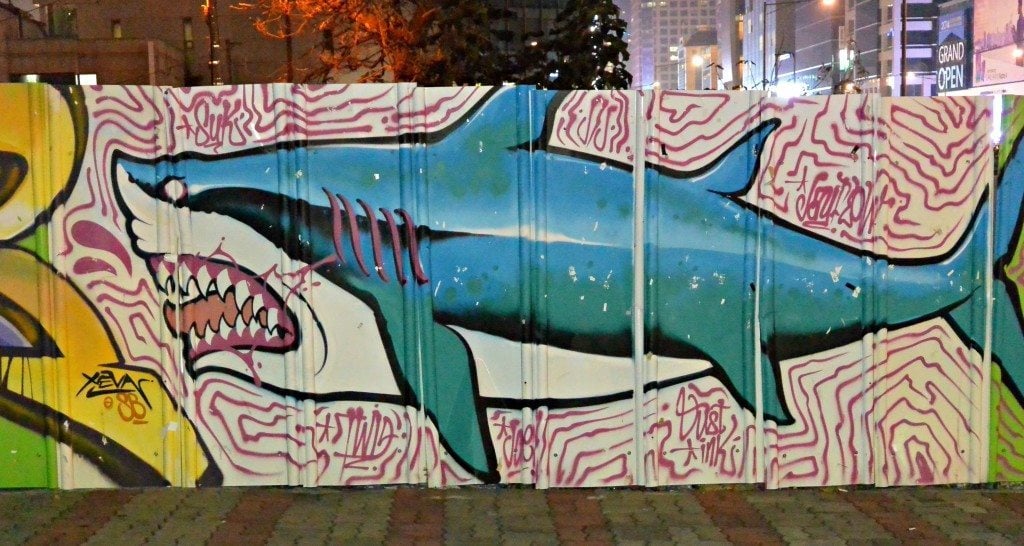 Some locals come to Hongdae to gawk, but most come to celebrate a freedom that is only found in a handful of neighborhoods throughout the country. The freedom is what makes Hongdae stand out from the other areas of Seoul. Hongdae earned its reputation for bouncy freedom and over indulgence because it’s the neighborhood surrounding Hongik University, one of Korea’s most prestigious art universities. 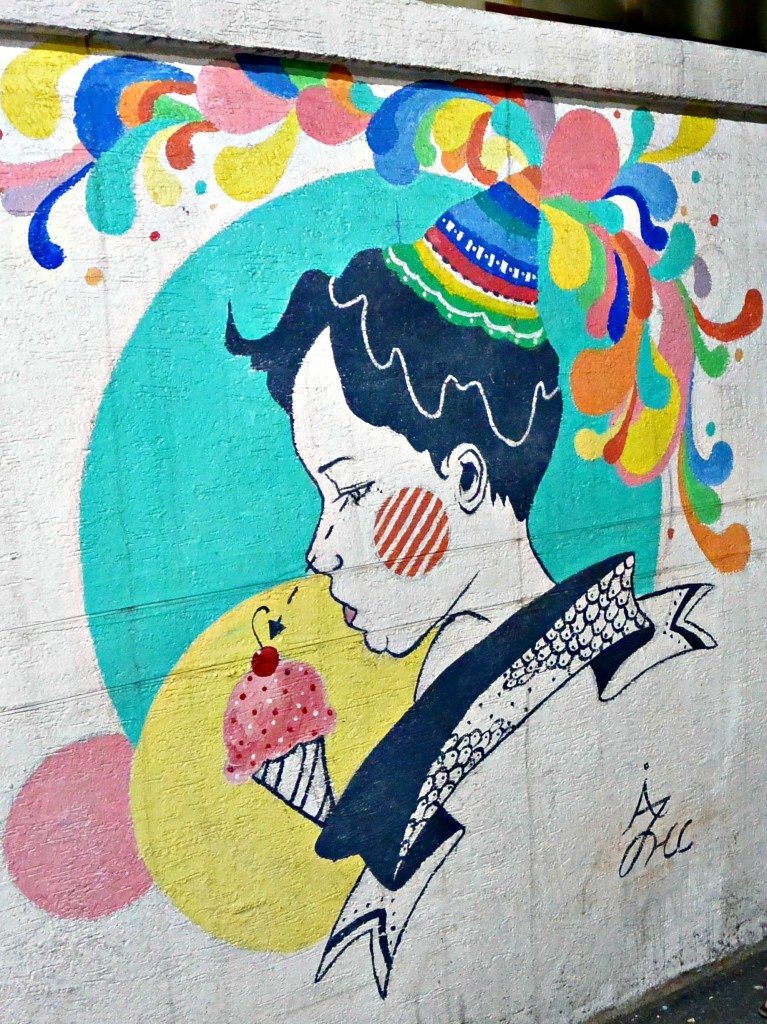 The influence of youthful excess is found in every nook and cranny of this area. Up and coming musicians performing in front of brightly painted mural walls surrounded by 20 and 30 somethings dressed in the trendiest looks.

Hongdae makes me feel like I was transported to a different country. Korea is a country where people often try to blend in, but Hongdae is filled with people not afraid to stand out. Urban and underground cultures are thriving here in a way I haven’t felt in any other area in Seoul. 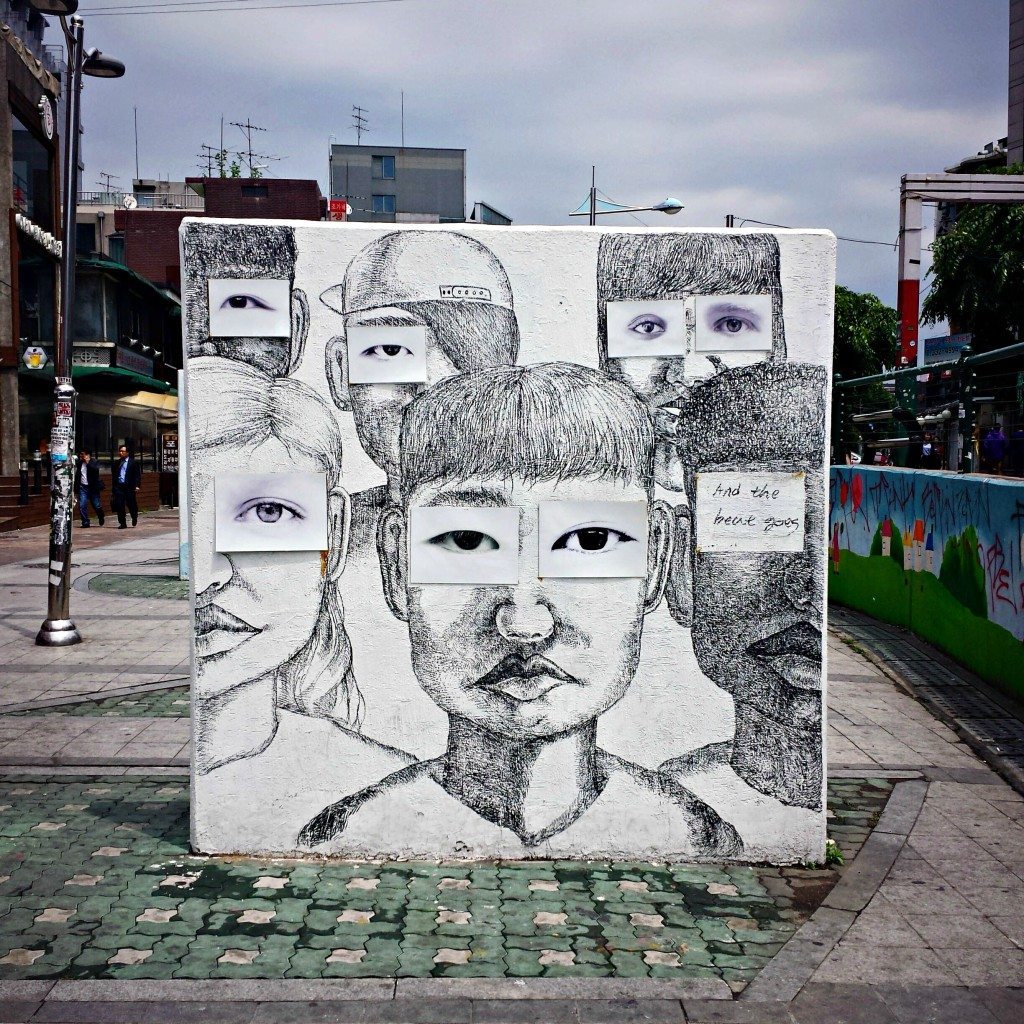 As the sun sets, the neighborhood comes to life. Hongik Children’s park is over flowing with the sounds of hip-hop and clanking soju bottles. As I sit on a bench at the park, lights of local bars illuminating the brightly colored building in the park. I watch other queer couples head to local bars and clubs in a country where LGBT people are still largely invisible and I can’t help but feel alive.