What do Essena O’Neill, Grumpy Cat, the Kardashians and I have in common?
No, this isn’t the beginning of a bad joke. There is a real answer. The answer is that we all have been paid thousands or in some cases millions of dollars to post our lives online.
It’s been two weeks since Essena O’Neill, the 19 year old Australian Instagram Model with 574,000 social media followers renounced social media. Two weeks is an eternity on the Internet. I’ve been following the coverage from the wings with a bit of an introspective curiosity. In case you haven’t been following the story, Essena is a very popular internet celebrity with other popular internet celebrity friends. She deleted well over 2000 photos from her Instagram account and altered captions on some of the images to reflect the reality behind the image.


She also released this video explaining her choice to create a new blog “Let’s Be Game Changers” Her message has been “Social Media is Fake”.
Obviously, the internet responded. Commenters pointed out the hypocrisy of posting to social media about the evils of social media. Others commented about the choice involved in what messages we choose to highlight and broadcast.
After spending some time researching her and learning about her background, I think her word choice could have been better selected to deliver her message. Her point is an important one and can be boiled down to this:

Social Media Influencers only show an edited and curated portion of their lives. What you’re seeing is not any different than a glossy advertisement in a magazine or a polished TV commercial.

Unfortunately, her message has been lost in her word choice and has created a lot of hurt feelings.
The biggest point that many people are missing when they’re engaging with this story is the difference between people who have crafted their careers as content creators for their own brands and those who use social media content as a means of entertainment or connecting with people they know in real life.
I’ve straddled both of those worlds for the past few years now.

How Social Influencers Get Paid

The worst kept secret on the internet is that there are people who make money for posting photos, blog posts, tweets and status updates. For some reason, people expect it from big time celebrities like the Kardashians, but forget that normal everyday people are doing similar things. I am one of those people and so are several of my friends.
I’m a social influencer. That’s what I do. Sure, I use blogging, photography, and social media as my medium, but at the heart of it I’m paid because I have a large audience that trusts my opinion. I live in a world that straddles journalism and advertising.
I make money in a variety of ways, but a chunk of that is through advertising products, services and destinations. Content marketing is more subtle than other kinds of marketing. Well… it is when it’s done well.
Content marketing can be a picture of an influencer at a hotel, or writing a review or even wearing a product in a video. I can also be paid through more traditional advertisements, public appearances and ads on my site. Either way, I’m still paid to talk about products, locations, and services. I make it very clear in my posts that the press trips I accept and the products I hawk are promotions. It’s not a secret or something I’m trying to hide.
Most people who create content on the internet have to monetize through some kind of advertising or products, and thus have someone to answer to in regards to quality of the content we deliver.
Does that mean social media influencers are deceiving people?
No, I don’t think so. I take pride in my work. I try to deliver quality for the people who pay me. Sometimes that means an article I write will be edited 10 times. A photo I take will sometimes have 4 filters and a several digital adjustments. I’ve also been known to take at least 30-40 selfies before I decide to post one. The intention isn’t to be “fake” but to deliver my best for my audience, my business partners and myself. It’s not wrong to make money, It is wrong to lie to people.
The “fake” part comes into play when people don’t realize the way the world of the internet works. Brand collaborations, guest posts, product placement and sponsored content are all part of our world. This is one of the many reasons that internet literacy is so incredibly important.
A fellow blogger I respect made the point that not all content on the internet is made for all audiences. Essena’s video is made for the very young teenagers that made up a bulk of her followers. Some of the folks in her audience may not understand the difference between the social media accounts of content creators and the accounts of their friends. Her whole point is to illustrate those differences to teenagers in order to protect them from unhealthy practices.

Social influencers become “fake” when they support things and do things out of character with money or social numbers as motivation. Most of us have seen the Instagram ads for skinny teas, weird weight loss wraps and other random crap that we all know damn well celebrities and fitspo bloggers wouldn’t be buying with their own money.
I have 12k Instagram followers and get paid anywhere from $100-$400 per photo posted. As my audience grows, my payment grows. I can only imagine what people with hundreds of thousands or even millions of followers are making per photo. It’d be pretty difficult to turn down that kind of money even if the product is kind of dumb. That kind of money is a strong motivator for people to put their most polished self forward.
I’ve also seen bloggers write glowing reviews of venues that wouldn’t have been so glowing if they were paying for the experience themselves. I always post my honest opinion of the products and services I receive. It’s a delicate balance between being honest with my audience and keeping the PR contacts happy. In a few instances when I’ve had a particularly awful experience I’ve decided not to write about certain brands rather than piss off their PR representative. It’s a small community and word travels fast. If you become known as someone who’s difficult to work with, the brands will stop calling. To me, this isn’t fake, but smart business. I’m not writing about them for my audience, but I’m also not bashing them online.
Essena also calls out people who are motivated by more followers or subscribers. There are a few unwritten rules of the internet. Photos of cute animals, hot women, large backgrounds with small people, street art, fitspo, interesting light and anything sexualized will always do better online in terms of likes. Content creators follow the format of what “works” on different channels and stay to what others are doing.
Provocative articles on controversial topics and personal experience narratives also do well. My personal interests tend to be more provocative. When I get to choose my own pieces, I write about sex, travel, fashion, feminism, and social justice. But I don’t always get to select my pieces based on interest.
Sometimes I write about my passions and sometimes it’s about getting our numbers up to please our sponsors. I’ve written a ton of articles for my site and others with the intention of targeting SEO search terms or fulfilling a sponsor’s request. In every job, there are things we do because we enjoy it and other things we do because we’d like to stay employed. Nothing wrong with that, everyone’s gotta eat.
Without our audience we are not able to make our living. We have to have a large number of people reading and engaging with our content to be successful. I think of it as having to play the game to stay in business. We have to engage on social media and promote ourselves to stay relevant as content creators. That doesn’t mean we’re fake so long as we stay true to our original intentions.
The internet is fast paced and competitive. There are millions of other travel blogs. Bloggers learn where they stand very quickly. Posting content gives us immediate performance feedback. You’ll quickly learn what works for you and what doesn’t work. How many likes we have can become tied to our self-worth and value. It’s minute to minute immediate validation.

Let’s get back to Essena’s point

Essena internalized a lot of this. I can completely understand that. I’ve been there and I’m almost 30 years old. It’s important to remember that our motivation becomes who we are. It happened to me on a much smaller scale. For the content creators reading this, I think it’s important to remember why we are doing this work. Why are you creating content? For celebrity, or for social approval? Are you trying to help people or motivate people? For the record, the internet is probably the worst place for social approval, see all the nasty comments on any popular page for evidence.
Social media is a tool that reflects humanity at it’s best and worst. On the positive side, IRL connections are fostered. I met my partner online. I’ve built amazing friendships with people and made connections in my personal and professional life.
Bold generalizations, like many of those comments Essena made are going to cause drama. You can find an exception for just about anything. Saying social media is addicting and a waste of life is a very one-sided view of a mega industry. It’s a business and a tool. Look at crowdfunding sites, Humans of New York or The Vlog Brothers as evidence of how amazing social media can be.
Showing the good and the bad, being your real self, while still maintaining some level of privacy is not necessarily fake. It’s self-preservation in some cases. I know folks who’ve had to move to different homes because their readers have shown up at their houses or followed them.
While social media can be used in a very destructive way, it can also be the catalyst to social change like in the Arab Spring, Occupy Wall Street, #BlackLivesMatter or the Election of Barack Obama. It can be used to spread a message and educate the community just as easily as it can be used for negative things.
If I could reach out to Essena, I’d encourage her to keep her channels and change her branding. Is social media fake? No, social media isn’t the problem. We are. Social media is a reflection of us. 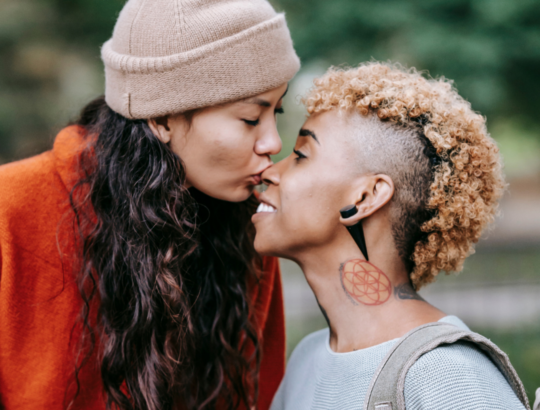