It’s a well-known fact that I talk a lot of shit on the internet. I’ve never been shy about my opinions – especially on my Facebook. I post about insights on topics as varied as LGBT culture, travel, and lesbian sexuality. I ask y’all questions and post about current events in the world. I’m also known to make a sex joke or two.

This is a pretty regular thing for me, but sometimes I forget that thousands of people read my ramblings until I post a status like this:

For the lesbian community, scissoring is like religion – ya either love it or you hate it and some people don’t even think it’s a real thing but there’s not a whole lot in between. Some swear by it – others think of it as an urban legend. After 20 years of lesbionic tendencies I’ve always been settled firmly in the later crowd.

Fast forward months later when I had completely forgotten about the great internet scissoring debate. But received a surprise email from the public relations department at lesbian owned sex toy company, Wet For Her. They were asking if they could prove me wrong about scissoring with their new product the RockHer. According to the press release, “the RockHer is the first ever luxury adult toy that allows the female clitoris erotic zones to touch and stimulate together simultaneously, hands free and activated with a remote control. The unique and clever design offers a completely different experience to penetrative products in a variety of positions such as scissoring, missionary, cowgirl and more.”

If this was an episode of The Office I’d look directly into the camera and wiggle my eyebrows at this point.

I know – sometimes my life is crazy. Somehow I hoodwinked the universe into allowing me to get paid to review sex toys. If this is a dream, I never want to wake up.

I had to give it a try – ya know – for research. When I opened the package I wasn’t really sure what to expect.

The toy is shaped like a textured bulb with an oval shaped loop over the top. It comes with a remote control for hands free access and a charger because well – fuck batteries. 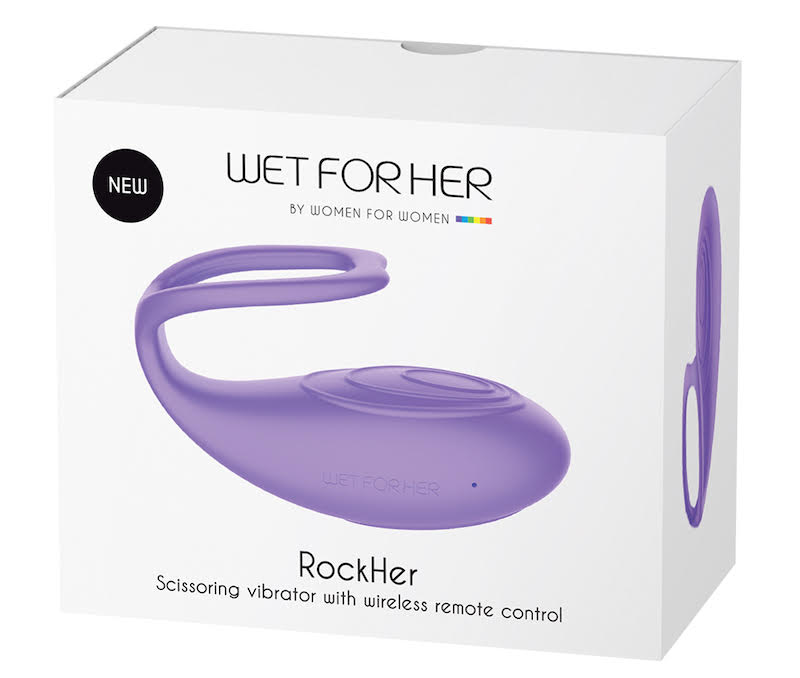 I’m not gonna lie to you – I had no idea how to use this thing. I had to read the instructions. Super sexy – I know.

The Rock Her – can be used in multiple ways but most people will insert the bulk into one partner and have the loop rest around the clit. It can also be worn in reverse with the loop inside and the bulb on the outside for more intense vibrations. Or used as a solo toy.

It’s made of medical grade silicone that is “rub it across your face smooth” [protip do that before you use it] it’s got 10 vibration modes and is splash proof which apparently means it can be used in the shower but don’t submerge it all the way in water. It’s easily disinfected with soap and water.

BUT DOES IT WORK?

It takes a few minutes to figure out the right placement of legs and all that but once you get going it is a life changer for the scissoring game. It’s got 10 different settings and the strongest setting puts even my favorite vibrating toys to shame. I like that it’s versatile and can be used in multiple positions on multiple settings. If you really want to take things up a notch pair it with a water based lubricant for even more slip and slide fun. I won’t be tossing out my other favorite toys but it’s definitely something fun to add to the rotation. 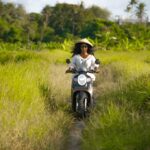