I frequently hear from folks that I have an unusual social circle. Some of my closest friends are artists, MCs, DJs, dancers and Internet personalities. Not exactly your usual 9-5. In this series “Queers You Should Know” I will be introducing you to queer folks kicking ass in life and accomplishing their dreams.

The first in the “Queers You Should Know” series is Cassi “Tynee” Goshow.

Casie Goshow is a hip-hop dancer, choreographer and clothing designer based in Los Angeles, California. Casie is a professional dancer who has worked with a ton of well-known artists like Lil Jon’, French Montana, PSY, Chris Brown, and Victoria Justice. When she’s not backup dancing for celebrities she’s partnering with brands like NBA, Adidas, Coca-Cola, and Beats Headphones. In recent years, she’s appeared on The Today Show, The Ellen Degeneres Show, The Wendy Williams Show, and was a Las Vegas Finalist on the FOX TV show “So You Think You Can Dance?”

How did you become a dancer?

I was a gymnast growing up and, unfortunately, got injured and had to quit. I stumbled upon a group of break dancers at a club one night and noticed there were no girls going out in the circle. I went out and did some flips. The guys all came over to me and invited me to train with them. That’s when I realized I could combine my love for gymnastics and dance into one. 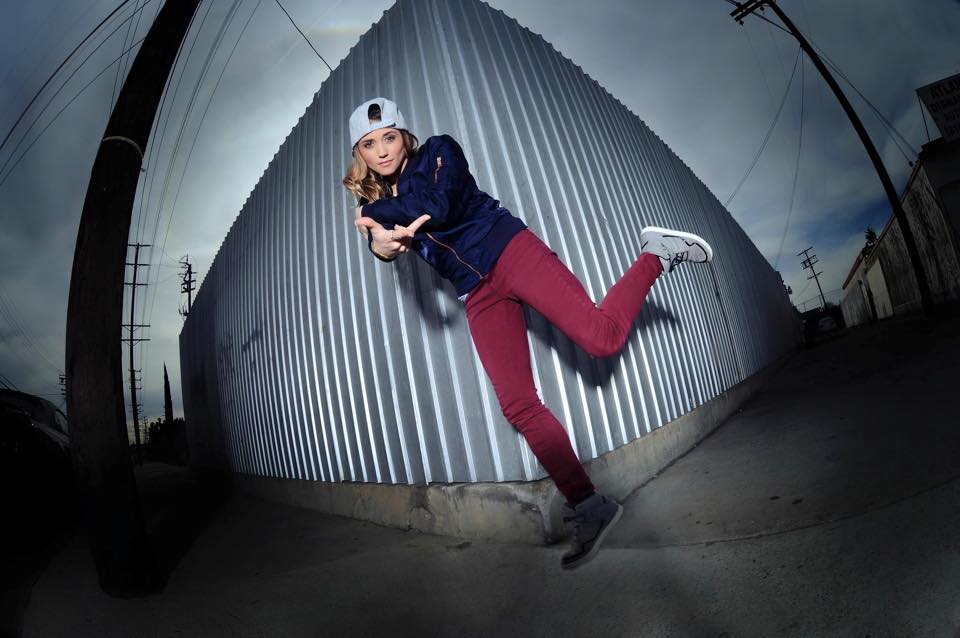 You do a lot of performances for other people, what is your favorite gig you’ve ever had?

I would have to say my first gig I ever booked which was for Adidas. All I had to do was freestyle and it was the first time I felt validation for what I was doing. I also booked that job completely on my own and got signed to BLOC talent agency afterwards.

What is the best dance studio you’ve ever taken classes at?

I absolutely love Debbie Reynolds Dance Studios in North Hollywood, CA. I would say that this studio caters to hip hop dance and not just choreography. You can learn all styles of basic hip hop movement. They focus on locking, vogueing, house, break dancing, and krumping. As a freestyle dancer, it’s refreshing and reassuring to know that there is a studio out there that is truly teaching hip-hop foundation and not just routines.

If you had to choose one form of dance which would it be?

Hip Hop dance. If I had to be more specific I would say break dancing because it combines gymnastics, dance, and floor work. I love how dynamic it is. People are always pushing the bar in breakin’ and reinventing it. I also love how everyone who is a Bboy or Bgirl has a different flow to their movement, everyone can truly be an individual and an artist.

You’re also a designer, can you tell us about your line?

My girlfriend, Ann Elyse Urquidi and I worked together to start Goshow Yourself in 2013. We wanted to make a company that celebrates individuality. Which is why our tagline is, “dare to be you.”  We can all get lost in ourselves but have each other to inspire and learn from.  We as people have an obligation to be brave for each other and accepting of one another’s differences and similarities. I hope to inspire and motivate others with the mentality that we have love for all people. 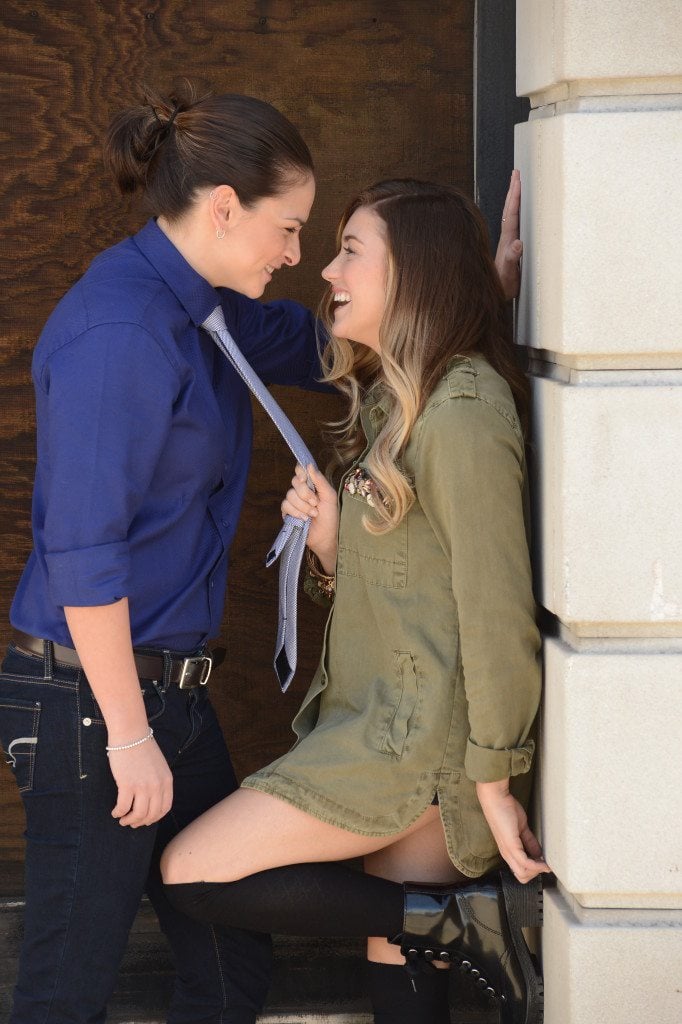 Casie and her girlfriend Elyse I Photo Credit: Mike Quain

You are living many people’s dreams, what advice would you give to aspiring dancers who would like to be in your shoes?

Never give up. This industry is not easy. It wears on your confidence and makes you question who you are. If you let it defeat you, it will. I get told, “You are too short, I don’t like your tattoos, I wish you had a better head shot,” then the next day someone is singing praises on the same things I just mentioned. It makes no sense, which is why you always have to believe in yourself, have confidence and just hope whoever is casting likes you.  If not, oh well, chances are someone eventually will and it will be worth the wait.

Casie teaches at some of the nation’s leading dance schools and is signed with BLOC Talent Agency, to work with her reach out on Facebook, Twitter and Instagram