As a travel journalist, I’ve done a lot of pretty amazing things. I’ve worked as an Elephant Eco Volunteer. I’ve learned to cook traditional cuisine in a Thai kitchen. I’ve hiked 40 consecutive miles of the John Muir Trail. I’ve even white water rafted in a Dominican rainforest.
Nothing compares to my time motorbiking Vietnam.
This past December, My friend Julia and I rented motorbikes in Hanoi.  Julia had never ridden a bike before but agreed with a bit of coaxing.
Julia is 24 going on 76. She researched safety laws, traffic codes and licensure by-laws before reluctantly agreeing. I insisted that we’d live to tell the tale. I’m older but still play the rebel.  I’m the “YOLO yelling” rule breaker to Julia’s color-coded excel documents.
Despite our personality differences, we were both nervous about mechanical issues and getting lost.
I’m not your stereotypical lesbian; I can’t even build IKEA shelves. If we broke down, we were screwed.  To ease some nerves we decided to hire a guide to serve as a mechanic and opted for automatic bikes. 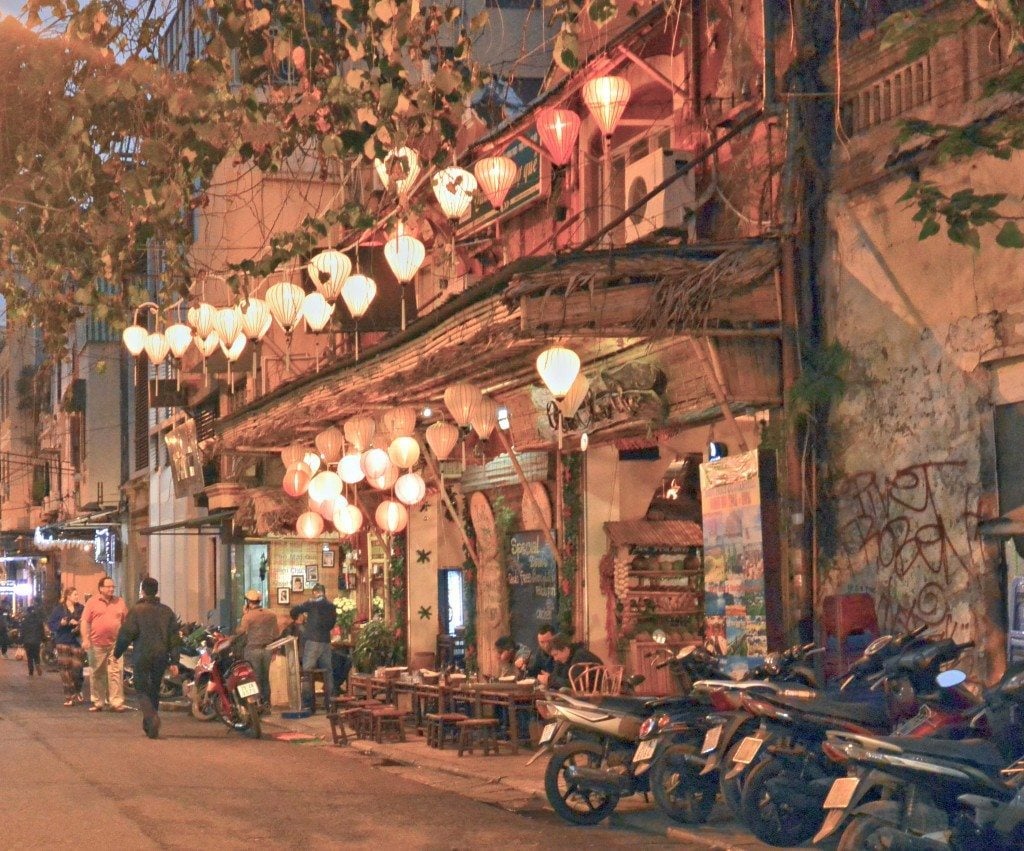 After arriving late, we spent our first night wandering aimlessly around the narrow side streets of Hanoi. We settled for dinner at the Ladybird Restaurant, enjoying the quiet people watching as we ate our roasted chicken and stir-fried noodles.
On a late December morning, we got up 2 hours early and waited on the stoop of Flamingo Travel. Once the shop opened, we met our tour guide. Johnny was a native Vietnamese man in his 30s. With the inner calm of a professional, he helped us get fitted with motorcycle jackets and helmets. While Julia pretended like she knew what she was doing.
I had ridden a motorbike before, but not since middle school in my grandmother’s backyard. I acted like an old pro until the first time I revved my engine on accident. On the inside I was mentally repeating “be cool be cool, this was your idea.” I was an anxious wreck when Johnny told us we’d be taking the highway out of the city of Hanoi. Once we got started, it ended up being a smooth ride. We adjusted quickly following the flow of traffic. As we got outside the city, we settled into the country back road and farm country views of our three-hour ride.
As I rode, I found myself relaxing and taking in the scenes and people around me. I passed a family of four on a yellow Yamaha. Mom was driving with a tiny baby in a carrier strapped to her chest. Behind her, two elementary school girls in uniforms rode with their arms clasped around each other.
At a four-way cross, a man on a motorbike pulled up next to me. Strapped over his shoulder like a jousting javelin was a piece of metal piping that spanned at least 30 feet. The metal was lightly skimming the ground on each end.
Motorbiking gave me the freedom to witness everyday life outside of the cities. On our way to Cat ba Island and La Han Bay we got a tiny glimpse of what the world looked like through Vietnamese glasses. 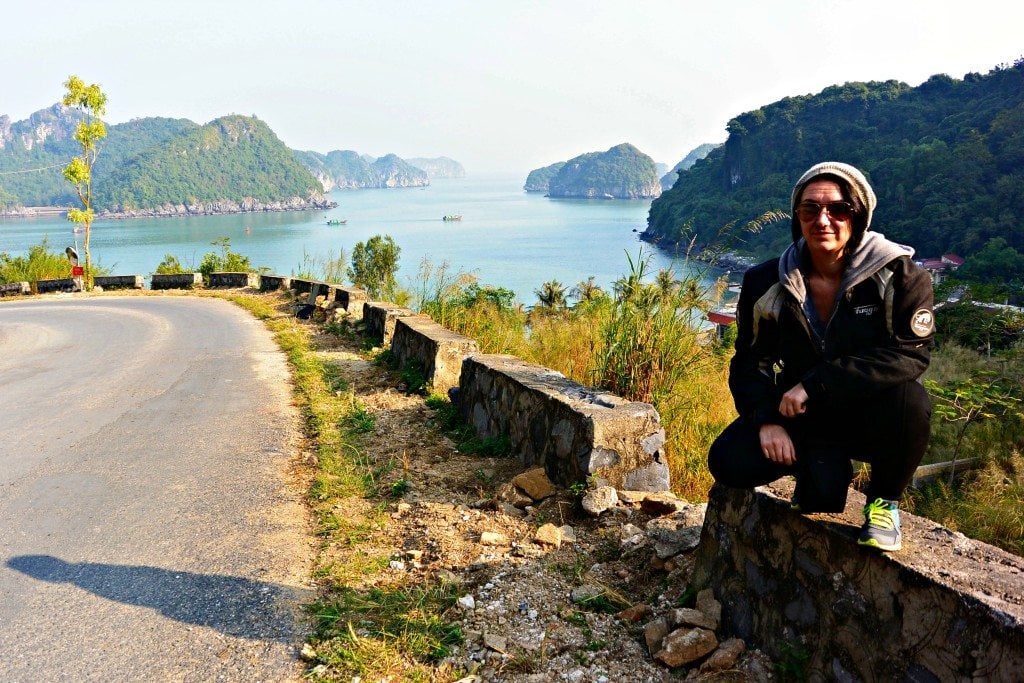 We were driving on winding roads within a breath of the edge. As we came around a bend and I got our first glimpse of La Han Bay. I pulled off to the side of the road. I had to take a minute to let the view sink in. I posed for this photo, not caring about the dirt on my face or ugly shoulder pads as I let the reality of my day hit me full force. I was really in Vietnam. 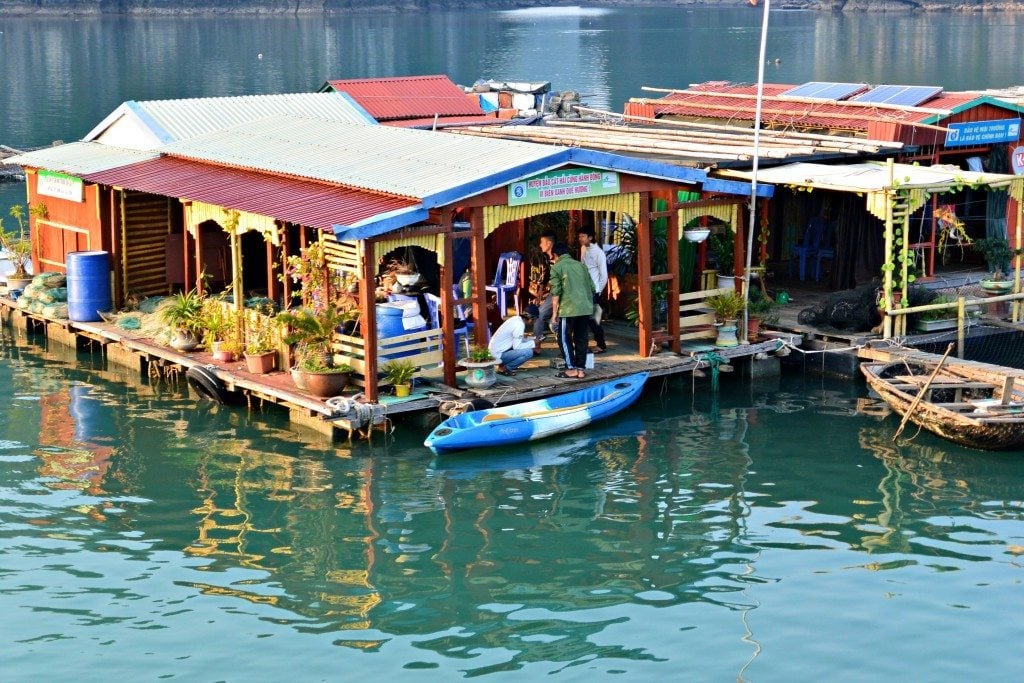 La Han Bay is the kid sister to UNESCO World Heritage Site Halong Bay. It’s smaller, but more local. Halong bay has gorgeous views crowded with tourists. La Han Bay is home to a community of fish farmers who live on the water. Families live in houses built on floating platforms made of wood. Each family raises fish and seafood they sell in the local market. 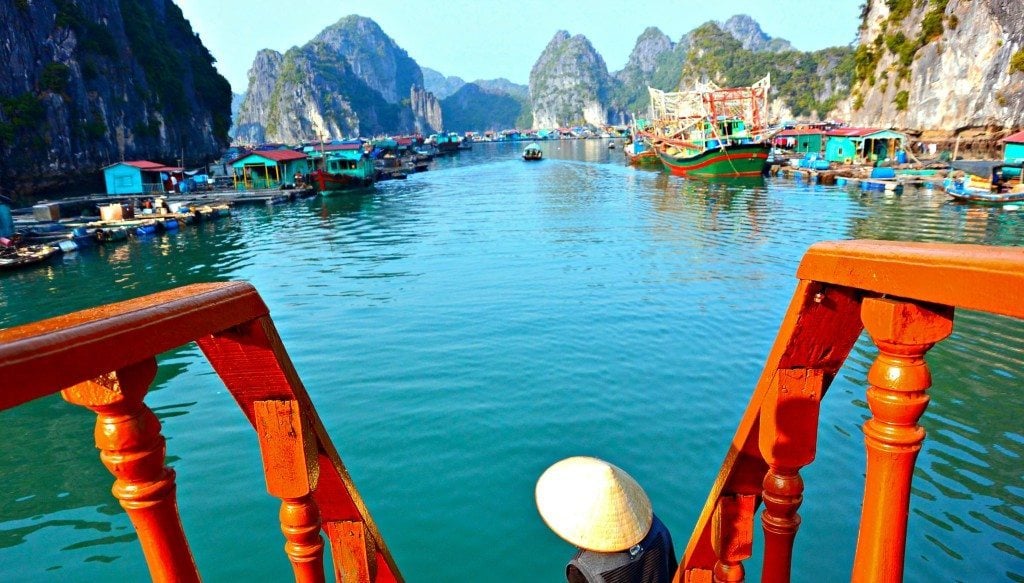 We left our bikes with a local merchant and boarded a small junk boat just before sunset to tour the fish farm village. Standing at the top of the boat, I caught this photo of the captain’s wife as we headed towards the farm community. 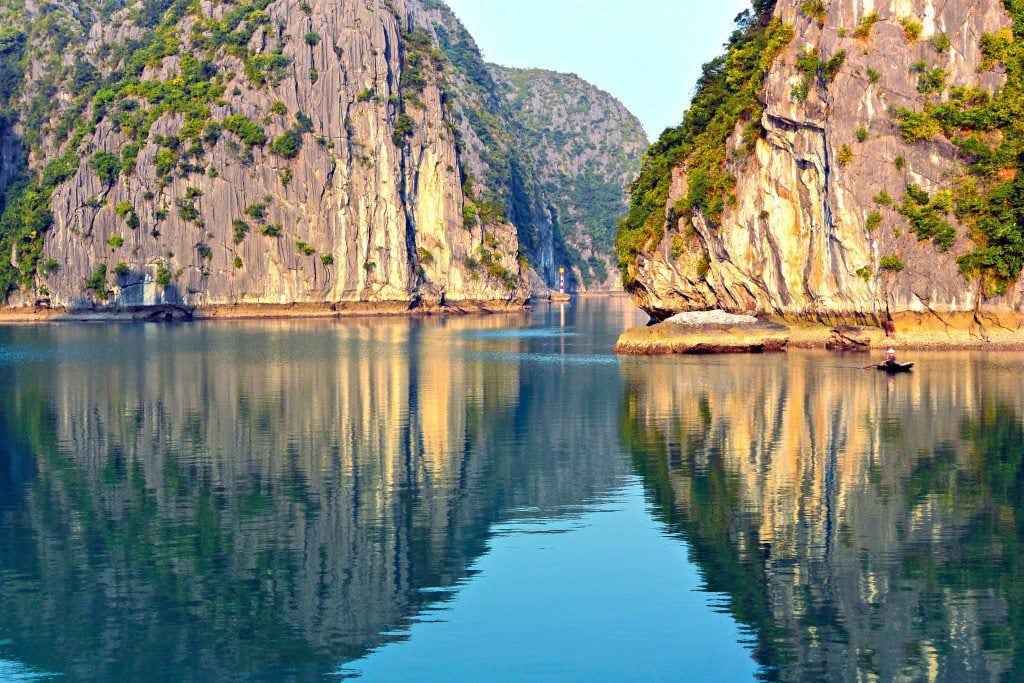 It was low tourist season and we were the only boat on the water. The water was so still we could see the reflection of the limestone cliffs hovering in the wake as we passed. 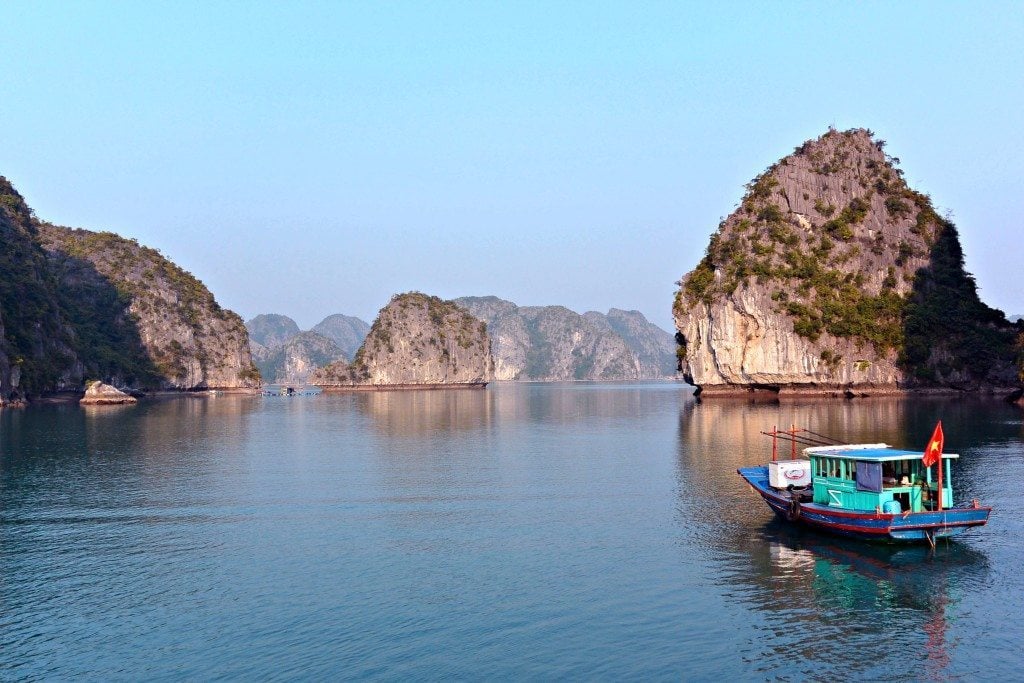 As we made our way through La Han Bay we passed local fisherman making their living. 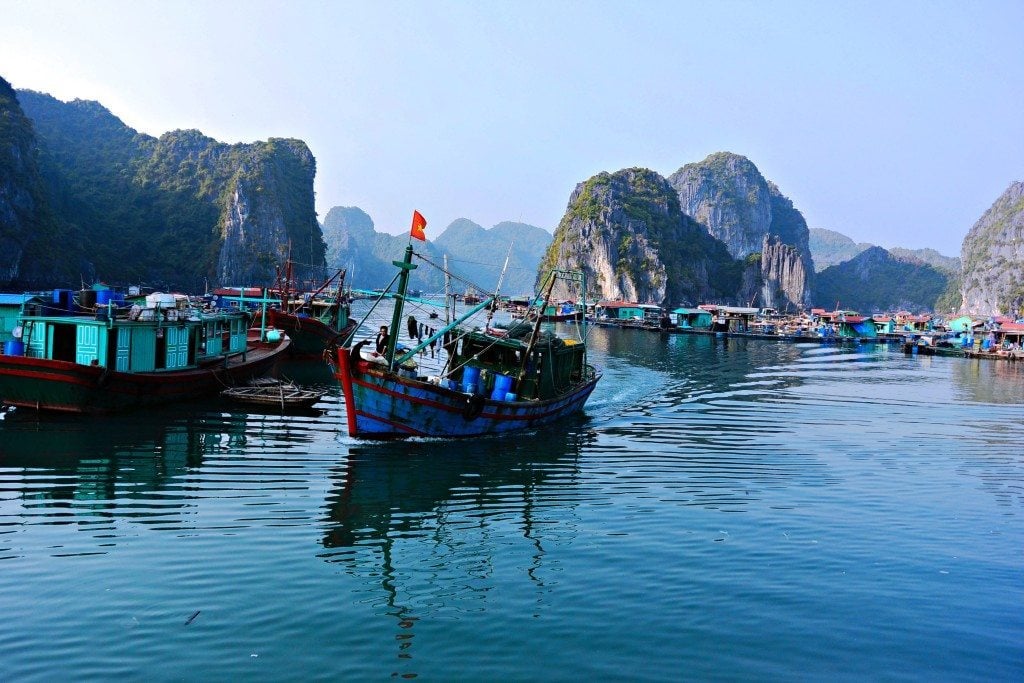 When the sun began to set, I sat back in my wooden boat seat and thought about the morning. It felt like each section was a whole day in itself. I looked over at Julia who was smiling to herself as she took in the boats around us. No excel spreadsheets here for my rule follower friend, just beautiful water and fish for sale.