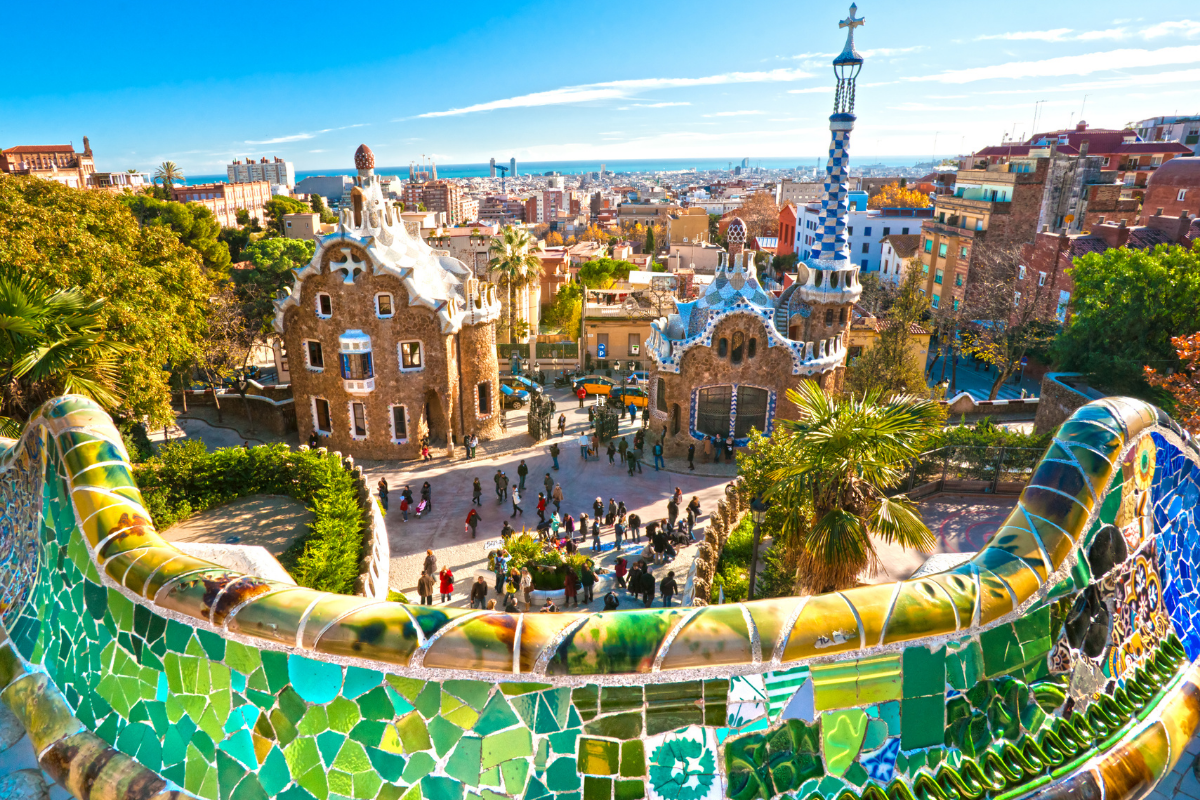 I spent most of the summer traveling Europe for the #MyGayPride tour with Gay Star News. The tour was pretty tight, but I completely fell in love with Barcelona and decided to spend some extra time checking out the Catalonian city. I explored the lesbian scene and meet up with some movers and shakers of the Spanish queer community. Here are a few tips and tricks for your next visit.

Girlie Circuit is every August in Barcelona but the hold parties year round at different locations around Spain. It’s your standard Dinah Shore type circuit party with DJs, wild nightlife and lots of ladies ready to mingle. They host a bi-monthly party called Girlicious at Bloc. It’s a club banger party with slick ambiance and rotating DJs serving house, techno and a combination of English and Spanish hits. Velvet Ibiza and Ella Festival are two other lesbian circuit parties located in Spain as well.

Order a “canya” and you’ll get a 25 cl glass of draft beer. When you make your toast say “Salut” to your friends. If beer isn’t your thing try a cava sangria. I tried one… or maybe 100 while I was in town. 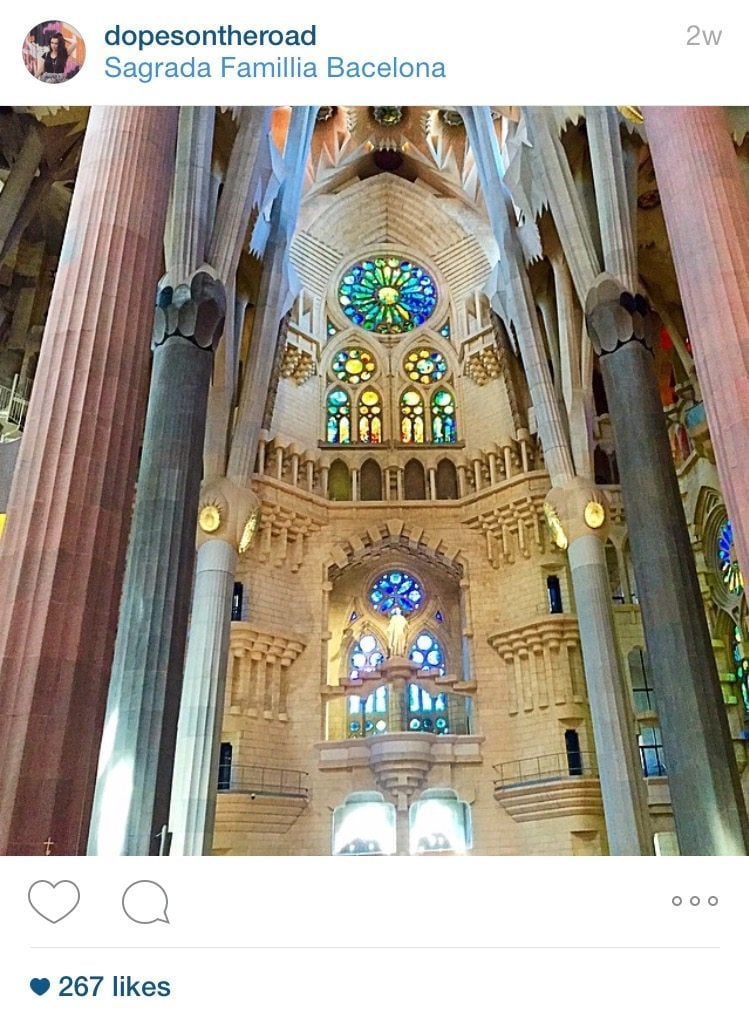 (yes, I made that word up)
Take a walk around the Old Town Gothic Quarter or do an audio tour of Gaudi’s Sagada Familia. I was stunned to see the vivid colors and intricate detail of the buildings in Barcelona. Our open debate was if the word Gaudy in English was derived from the architect’s work in Barcelona. Regardless if you love it, or hate it. The modernist work in Barcelona is unlike anything you’ll see in the world. Basically, it’s like looking at a building where every inch is covered by design. The modernist buildings are covered in mosaics, rounded corners, and highly detailed glass work. All which make for incredible photos. Wander around the Placa Del Pi for views of the gothic church dating back to the XIV century or check out Casa Batllo for an up close look at Gaudi’s genius.

Locals will smile and be grateful if you speak to them in Spanish, but you’ll win their hearts with a few phrases in Catalan. Say “Bon Dia” for a pleasant good morning or “adeu” for goodbye. It’s an easy way to impress the ladies at the bar.

Every time I asked a lesbian about the best clubs, there was no hesitation, they all said “Arenas”. Turns out Arenas was actually four different bars with the same name.. that wasn’t confusing at all. They all play slightly different music but have the same super mixed crowd of every type of queer imaginable. Arena Aire is the lesbian specific branch the Arena family. I met tons of people, drank Catalan sparkling Cava and danced the night away to a combination of Spanish hip-hop, salsa, and English hits. This bar was so much fun we hit it up again and again each night we were in town. On the first Thursday of each month, Arena Classico hosts “Stupenda” a party that features sexy games including a volunteer strip tease show.

La Sue is a small lesbian bar that borders on a cafe. They serve drinks and light food like sandwiches, tapas, and salad. They also host lesbian events throughout the year. Women attend Barca matches, art shows, poetry readings and theme parties year round. Check it for a more casual atmosphere. 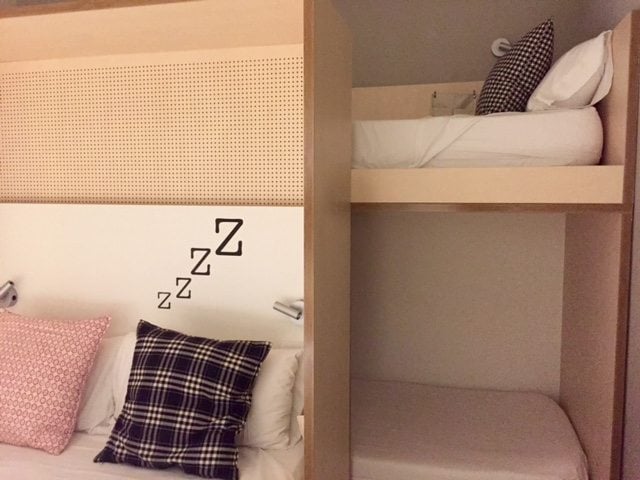 Hostels are better than some 3-star hotels

I stayed at Generator Hostels. It doesn’t really feel like I was in a hostel. I stayed two nights at TOC which had a gorgeous breakfast and private rooms available. Generator Hostel is also amazing – it’s walking distance to Sagada Familia and has a very youth culture friendly vibe to it. The service and breakfast at definitely win, but Generator’s decor and trendy atmosphere also win.

MagLes is a Spanish lesbian magazine. They feature local events, parties and attractions for locals. You can pick up a lighter freebie version of the magazine at locations across Spain or you can get the heftier version for an additional cost. They also have a website that has an incredible amount of information for lesbian visitors.

La Melon is an irregular circuit party with a huge following. I spotted their float during the pride march and definitely wished I was partying my way through Barcelona with all the attractive ladies on board. They specialize in nightlife for the young and trendy crowd. Le Melon party  is usually on the first Saturday of the month, but lately they’ve been mixing it up with the date and the location. Check out their Facebook page to find the next event.

Rainbow Barcelona is a tour company that offers traditional tours and LGBT-specific tours around Barcelona. I was the only lesbian in my tour group but, our guide Eloi went out of his way to make sure I still had lesbian specific information. He went above and beyond to make sure that I still felt comfortable and knew where to find the ladies.
This post is part of my ongoing coverage of #MyGayPride. Special thanks to Two Bad Tourists ,Eurail, ManAboutWorld and Barcelona Tourism.

Meg Ten Eyck is a queer gal with expensive dreams and a whole lot of hustle. Meg is extremely gay and entirely addicted to travel. Like, we're talking Pride Parade gay - if they made a Meg Barbie her one accessory would be her rainbow flag and a copy of the feminist manifesto - THAT kinda gay. You can find her traveling the world or through her writings and ramblings @MegTenEyck
PrevPrevious“When We Were Invisible” – The Fight for LGBT Equality in Perú
NextQueers You Should Know; Androgynous Model Laura CramerNext