0
Tweet
Share70
Pin17
87 Shares
Hey! I’m Button of Button and Bly’s Travel Show! Yup, that’s me down below! So maybe you are interested in traveling to Italy and want to Stay in Rome (Roma) for awhile. Good choice! It’s a beautiful city with more history than you can shake a stick at! But what are some good things to know before you get there? We’ve made a video of our time in Roma and written up some things we observed during our time in Rome that’ll help prepare you. Check them out below! (Listed in order of importance)

Yes. Coffee Bars. It’s a thing. And they are everywhere. Coffee is amazing in Italy and Italians take their coffee very seriously. So seriously that they have automatic espresso machines in the train stations and coffee bars every few storefronts. There were times where we stopped for a coffee 4 or 5 times in one outing. So how do you order like a pro? Walk up to the counter like a normal bar, order your drink and slam it down in a few sips(at the bar). Pay. Walk out. (I can’t actually remember if you are supposed to pay before you get your drink or not, so just look around at everyone else and copy.)

Wondering what to order and how much it should cost? Well I got a cappuccino. Every time. But check out this guide from eurocheapo if tradition isn’t really your thing.
Pro-Tip: If your coffee costs more than 1.5 euro, you are getting played like a fiddle. 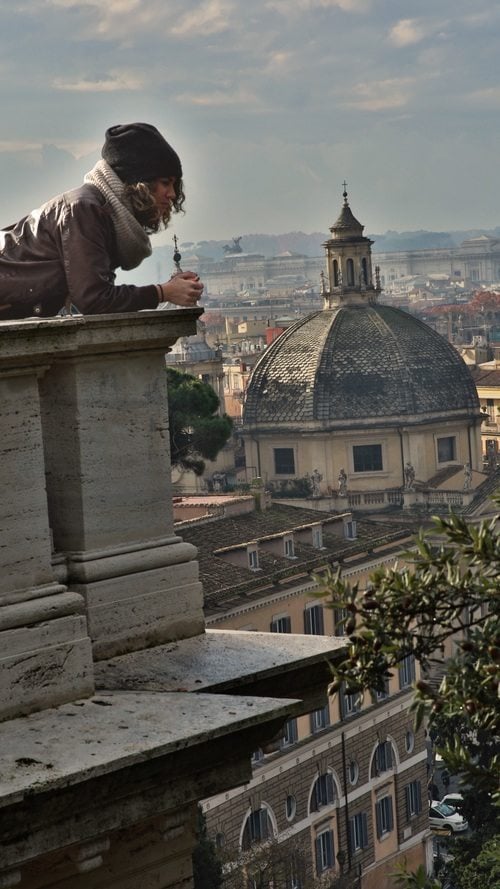 Roman Style: The term “Paying Roman Style” at dinner refers to the way you split the check. If you are paying “Roman Style,” the check is split evenly and everyone pays the same amount. I assume this is because every one is sharing wine and it’s just easier. Next meal out with friends, I’ll suggest Roman Style. They’ll look at me weird, but that’s fine.
Romans really respect their city and its history. You would be very wise to do the same to avoid angry looks. Pick up your trash, be respectful in public places, especially at/in religious landmarks.
I heard from multiple young Romans that it’s truly hard to be impressed when they travel because they have so much history and culture in the place they grew up.
It’s fun to ask Italians about the Vatican. Chances are you’ll find someone who has been inside it or knows someone who has worked in there. Vatican City (or more correctly Vatican State) is more or less a walled off city within a city. It is the smallest internationally recognized independent state in the world, weighing in at around 110 acres and 900 people. Oh, and it’s governed by the Pope. 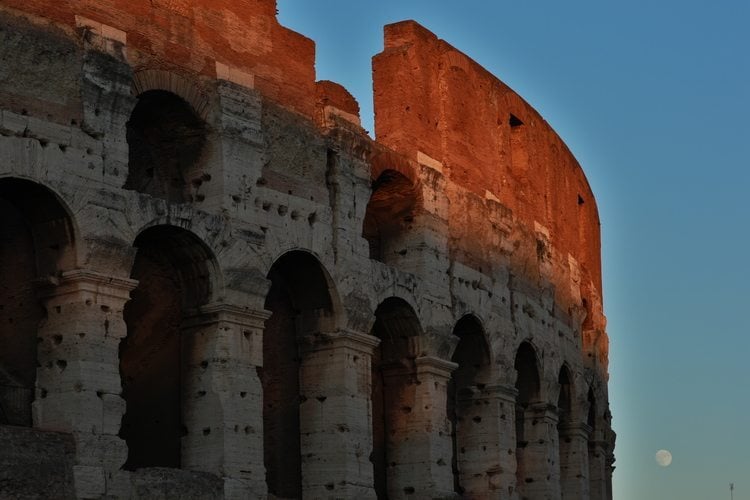 -Careful of getting ripped off. Rome is a big tourist city so shop owners are used to being able to take advantage.
– Most Italians don’t really care to learn English. That’s fine. Either learn some Italian or ask around until someone can talk to you.
– We’ve heard complaints that many people didn’t love Rome because it was too touristy. To that I say- go in the winter when we did. It wasn’t bad at all. And as another plus, the plane tickets are cheaper during that time of year.
– This is a town where it really pays to know a local. Seriously. If your don’t know someone already, make friends and they’ll show you around to places you’d never find by yourself.
– Take a walk around the city at night. The monuments are lit up and it is definitely something you will remember. 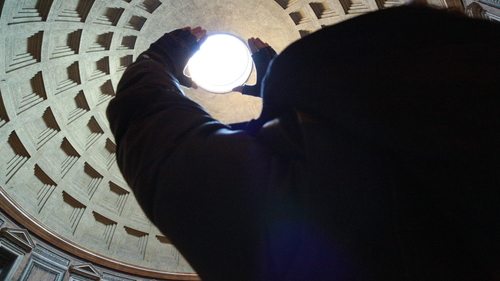 – We did not come across too much of a gay scene, although we found two small bars next to the Coliseum. I would not say that the gay scene is thriving here. Pretty strange for a city that is covered in statues of muscley naked men… sculpted by gay men. It was our experience that being gay wasn’t so much a bad thing as an unrepresented thing. Maybe I’m wrong and there’s a thriving queer community, just underground. If that’s the case, someone please correct me in the comments.

-Seriously? It’s Rome. There are famous sites in literally every direction. To plan out your trip and must see spots, download Citymaps2go when you have internet. Then you can mark the places you want to see on your map. It even downloads wikipedia info so when you get to your destination you can read about it. Oh and did I mention it’s an offline app so you don’t have to use any data or anything once it’s downloaded. Hands down the most useful app we had walking around the city.
– Also, churches. Lots of churches.
At this point, I’m about out of things to say about Rome and you are probably getting pretty tired of reading. To sum it all up, I’d say Rome is a great city. Is it topping the list of GayDestinationsEurope? No. But unparalleled in history. And it’s an amazing destination that I think everyone should put on their list.

4 Ways to Get Around in New York City

What to do in Siem Reap Cambodia