Queers You Should Know: Laura Wise Founder of HER/LA 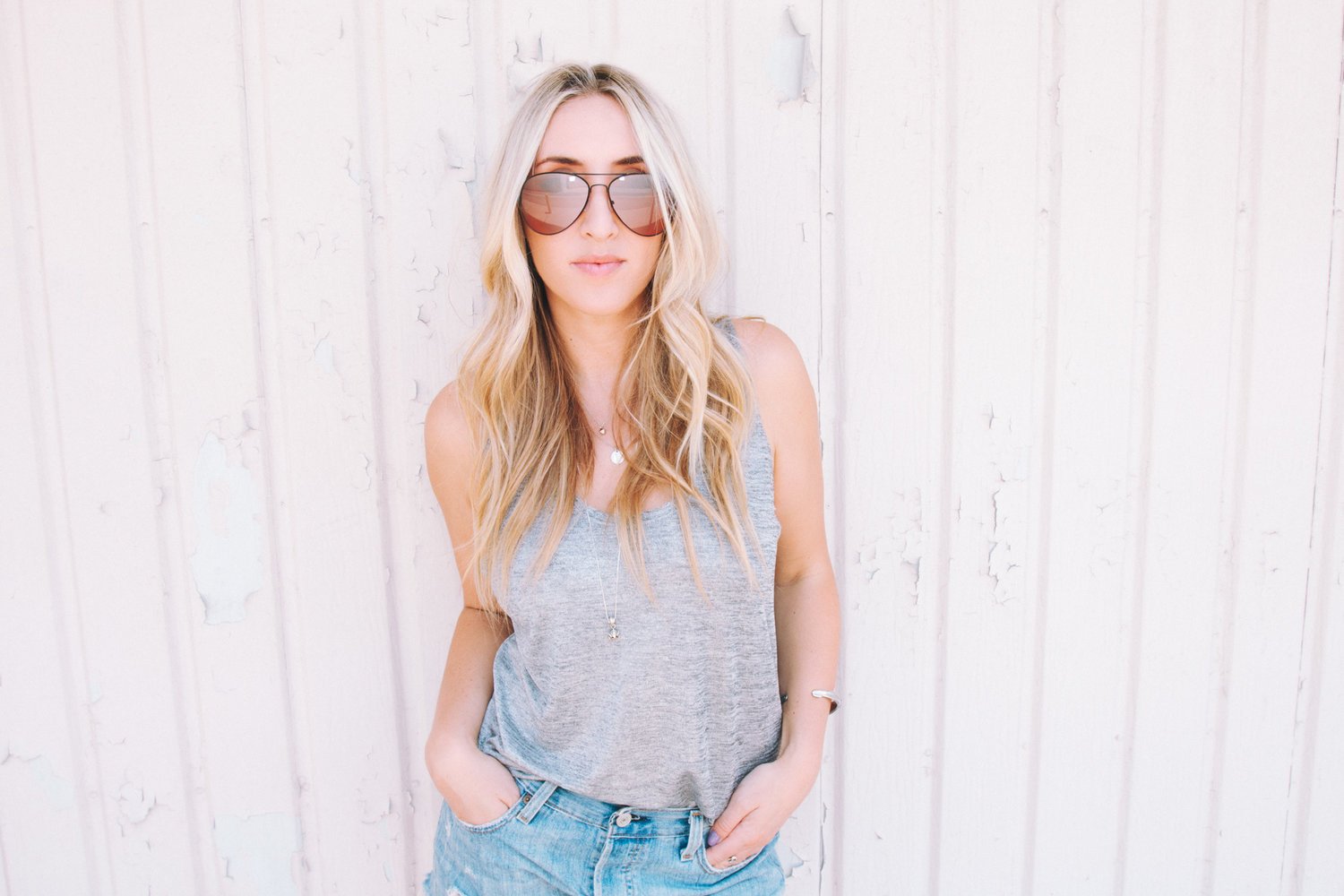 Laura, tell us some more about HER/LA

HER/LA is the feminist event I always wanted to attend but could never find. It’s going to be April 25, 2015 from 7-10pm at a private show room in Hollywood, California. It is a celebration of women and gender equality through art, music, fashion and sponsored interactive stations. I wanted to produce something fresh, cool and centered around feminism. Redefining what it means to be a feminist in 2015. Feminism is different today than it was in the past. It is more inclusive and intersectional. Feminism is fun and empowering with a unique artistic perspective of the world. This is an event you don’t want to miss.

You said that HER/ LA is a redefining feminism to focus on being more inclusive and intersectional, but you decided to use “Her” in the name of your festival. We live in a time of Michigan Womyn’s Festival denying access to Trans people. Is Her/LA welcoming to Trans and non-binary individuals?

HER/LA is a feminist festival focused on celebrating female artists and empowerment. One of the most common misconceptions about feminism is that it’s anti-man, and one of the most common misconceptions about women is that we are inherently in competition with one another.
There’s room for many different types of feminist organizations and events. HER/LA is a safe space for people of all genders. Our participants and guests include several trans people who I will not be outing.

It’s great to hear that all people are welcome at HER/LA. What makes HER/LA unique? We have Coachella, SXSW, Wango Tango and a ton of others, why should HER/LA be a priority?

Gender inequality is still very much an issue today. I see it daily, whether it be a man cat-calling me on the street, harassing me at a bar or making less at work than my male counterparts. I see women in the media being portrayed as sex objects and being valued only for their physical appearances. Women who rebel against these stereotypes are still deemed “radical” – it’s 2015! Women should feel empowered enough to look dress and act however they please – and they don’t! But this is just the tip of the iceberg.
It scares me that so many people think that feminism is an issue of the past. There are more women today in sex slavery than ever before in history. That should alarm you. THERE ARE 20-30 MILLION people enslaved today in the world primarily for prostitution. 80% are women and involve sexual exploitation. These are our sisters. I am a strong believer in doing what you can with the resources you have. And I hope this fun little festival might open a few minds to the importance of feminism today – on every level.

Whoa, those numbers are pretty terrifying. Do you have citations for those statistics?

Yes, Do Something has written pretty extensively about human trafficking.

Thanks for that, I always like to make sure we’re getting the facts out there. Okay, feminism is rad, but what can we do while we’re there?

We’ll have works of art displayed at the event, plus lots of local fashion merchants bringing you homo wear. We’ll have Liz and Niki of Bo Bo Academy coming all the way from Ontario with their line of homo-friendly graphic T’s. We’ll be having live performances. Alexi Wasser, from HBO’s GIRLS and DIRT will be on hand, plus tons of DJ’s and musical acts.
We’ll have a 90’s DJ themed yoga session, followed by an activism and public speaking workshop. OH, and there will be tons of local mags, zines, porn and books available.You’ll be able to have a spell cast for you from one of the 2 high priestesses on-site. They will be conjuring and doing one card tarot readings. When folks get hungry we’ll have small bites and cocktails for the crowd. Don’t forget to snap a photo in our sponsored photo booth.

Sure, Giana Cicchelli, M.A. is both a Sociology professor and a professional witch. Cindy Gumucio was Cicchelli’s high priestess and trained her in witchcraft. Gumucio and Cicchelli are feminists who bring their woman-loving energy into their magick, and love to conjure for the healing and wellbeing of the feminist community and the world. If you want to  know more, come to the festival!

Whoa, that’s so cool. I don’t know anything about that stuff. You’re also a therapist, how did you get involved with feminist event planning?

I earned my Masters in psychology and specialize in LGBT affirmative psychotherapy. I’ve done a lot of activism in the local community. I’m the co-chair of the Lesbian and Gay advisory Board for the city of West Hollywood. I’ve also produced large-scale events for various pro-social organizations such as AIDS/LifeCycle and The Lesbian Center. A feminist music festival was a natural merger of my personal and professional interests and skills.

How does your background in psychology influence the work you do?

I have learned that many psychological issues for women and specifically lesbians,  center around society and not the individual. Everyone’s story is different, but one thing is typically the same. Growing up as a lesbian AND a women in a world that doesn’t yet value women as equals to men. Generally society views homosexuality as an abnormality that is harmful to one’s psyche. LGBT history tells us that we have existed forever. We are not an abnormality or sudden response to modern society, but society doesn’t reflect that back to us. Society’s response to us creates insecurity, confusion, and trauma. It can manifest in many ways: job instability (because the individual may face homophobia in the workplace,) adolescent-like behavior in relationships (because we weren’t free to live out our first crushes and heartbreaks in high school) Insecurity (because we never quite felt like we fit in with our peers). These are all very broad examples that don’t apply to everyone, but what I want to see is a change in the pathology of lesbians and a shift of that blame towards a society who doesn’t fully accept and value women and lesbians. These problems manifest because lesbians are marginalized by society – not the other way around. HER/LA is a very small step in creating a space for women to feel empowered.

To buy tickets to HER/LA visit Eventbrite before they sell out.

Meg Ten Eyck is a queer gal with expensive dreams and a whole lot of hustle. Meg is extremely gay and entirely addicted to travel. Like, we're talking Pride Parade gay - if they made a Meg Barbie her one accessory would be her rainbow flag and a copy of the feminist manifesto - THAT kinda gay. You can find her traveling the world or through her writings and ramblings @MegTenEyck
PrevPreviousEverything The L Word Fucked Up
NextThis Brazilian Lesbian Surf Camp is the Stuff of DreamsNext