This week on Queers You Should Know, We’ve got New York City DJ, M.O.

Hey MO, tell us about yourself

I’m a DJ out of NYC, I do a lot of queer parties in Brooklyn and Manhattan.

That’s awesome, are you originally from NY?

I’m originally from Virgina, I moved to NYC a few years back for graduate school.

I heard you just graduated, Congrats! What got you started DJing?

Thank you! It’s been a long time coming. My close friend and mentor used to DJ a lot of the parties on campus during undergraduate. I would always watch him when he would spin. Even before then, I was never satisfied at parties because I couldn’t control the music. I started to follow him to gigs, kind of like his roadie, so I could learn. One random night, he told me to step up and try something. I messed up so bad that the music went off. After that I was determined to get better. Eventually, he started letting me open and closeout sets and by senior year I was getting hired for parties by myself. 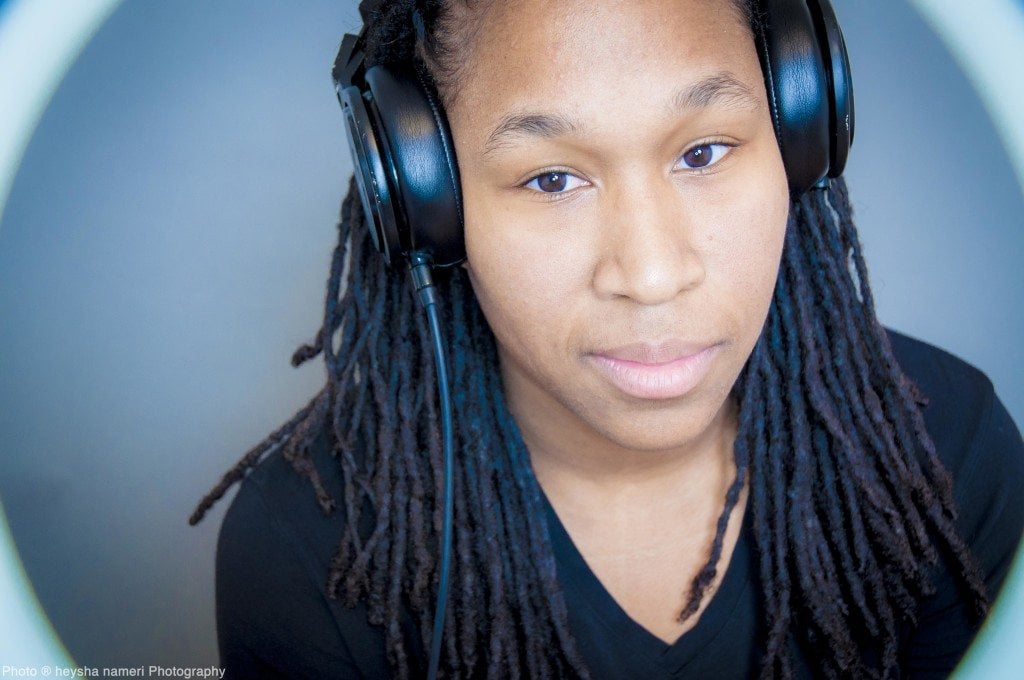 Tell us a bit about your style?

I like to be very versatile. Every venue has its own style as far as its music and how DJs play it. I try to be sensitive to that. It’s a pretty enjoyable process to dig and discover new musical styles to incorporate and make my own. If there was one style that influenced me more though, it would have to be hip-hop/R&B. I grew up in what I view as hip-hop/R&B’s golden age; I listened to a LOT of artists from the mid to late 90s, especially female artists like MC Lyte, Queen Latifah, Lauryn Hill, Salt ‘n’ Pepa, TLC, Lil’ Kim, Aaliyah, and Missy Elliott. I feel like people still respond to that music, so I always try to put parts of that into my sets.

You mentioned one of your mentors before, who else has influenced you?

I’ve been lucky to have some amazing DJs to give me guidance along the way. My friend from college, DJ Young Rye, is the one that first gave me the chance to learn. From lending me equipment to giving advice to helping me find gigs, he’s been like a big brother since the very beginning. When I moved to New York, I was extremely fortunate to learn from amazing DJs and promoters from the beginning. Everyone I’ve ever met and worked with since moving to the city has been extremely positive and supportive. 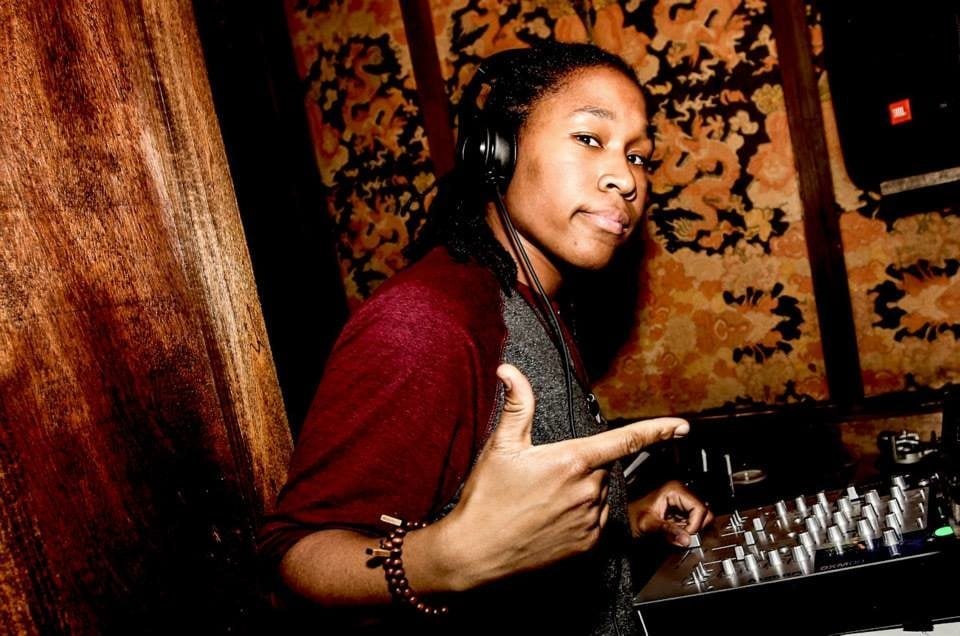 What is the best gig you’ve ever had?

Wow that’s hard haha…..If I had to pick one I’d go with the first time I played at Marquee for Pride. I was unique for many reasons. 1) It was my first summer living in NYC so everything was really new and exciting. 2) It was Pride…so duh…..it was a pretty big deal. 3) Marquee is a phenomenal venue. The atmosphere was so electric almost from the beginning and the sound system is world class so it put everything on another level. I remember being in the middle of playing and looking up to see everyone going crazy. It was such an unforgettable feeling.

What gigs do you have coming up?

I’ll be spinning at a few NYC events in June for Pride month. I’ll be at Verboten with DJ Whitney Day for her party “We Are Brooklyn Pride” on June 13th, as well as her third annual Sunday Pride event, “THE PARTY” at Marquee on June 28th. I also have a monthly Wednesday residency at The Woods, for MISSTER! with DJ Amber Valentine. 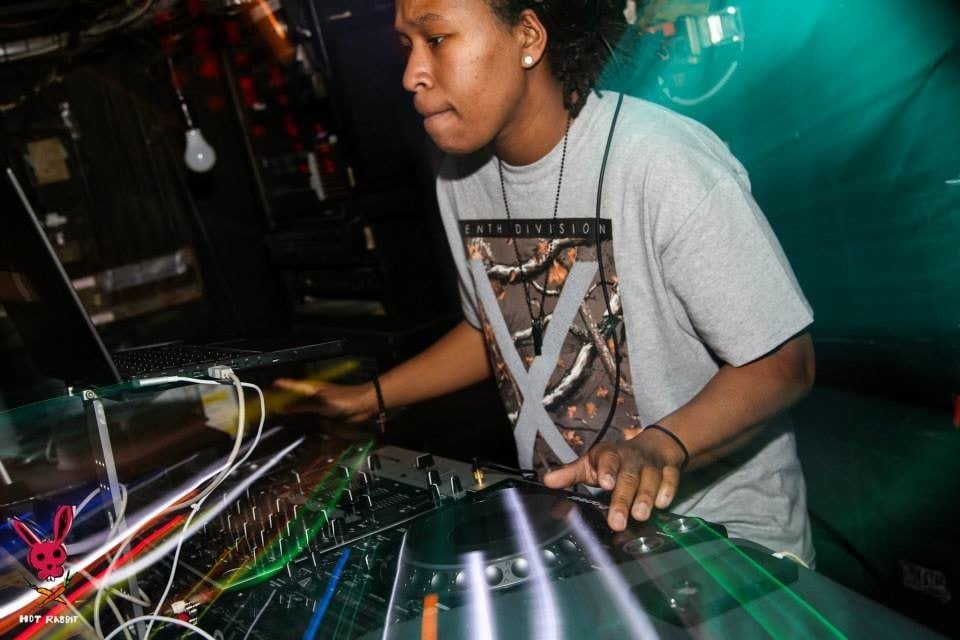 Awesome, I’m pumped to see you at Verboten. You are living many people’s dream, what advice would you give to aspiring DJ’s who would like to be in your shoes?

It’s crucial to know your music inside and out. Be a student of different styles of music because it expands your creativity as an artist. It’s easy to play just the music you like or whatever’s popular, but there is an art and skill to being a good DJ. Also, understand early on that you are your own product as a DJ. Apart from the music, learn as much as you can about promoting, branding, networking, etc. Excelling as both a business person and an artist will be what takes you to the next level.

Want to learn more about DJ M.O? Check her out on Sound Cloud.

Meg Ten Eyck is a queer gal with expensive dreams and a whole lot of hustle. Meg is extremely gay and entirely addicted to travel. Like, we're talking Pride Parade gay - if they made a Meg Barbie her one accessory would be her rainbow flag and a copy of the feminist manifesto - THAT kinda gay. You can find her traveling the world or through her writings and ramblings @MegTenEyck
PrevPrevious8 Body Weight Exercises for Fitness on the Road
Next6 West Hollywood Restaurants You MUST TryNext